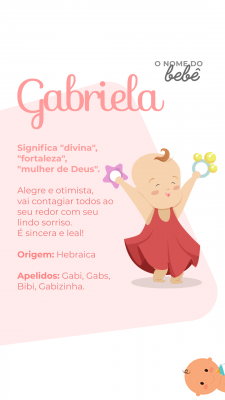 Nomen omen? It may be true! We have put together the most beautiful female names that mean "warrior" for you. They can be a good omen for little girls, so that they grow up strong and able to face all situations in life. Here is a list of gorgeous female warrior names.

Name derived from Artemis, goddess of the Greek mythology of hunting, wild animals and the forest. Santa Artemisia is celebrated on February 18. Artemisia is selfless and creative.

Daughter of Zeus, Athena is the Greek goddess par excellence of war, arts, letters and wisdom.

Barbara is of Greek origin and means "foreigner". A great determination allows her to stand out and emerge in numerous areas.

It means "illustrious for nobility of lineage, which has glory thanks to its ancestors". Name of various queens of Egypt. But the best known was undoubtedly the seventh: she was the lover first of Julius Caesar, with whom she had a son, and then of Marco.

It derives from the adjective divia that is "luminous". For the Romans she was the goddess of the hunt and protector of animals. Santa Diana is celebrated on June 10th.

It has Hebrew origin and is a compound of 'El, "God" and sheba, "seven", symbolically understood as the perfect number. Elisabetta is serious, determined, focused on her activities.

The name Frida is of Germanic origin. It comes from frithu, "peace". The name day is September 25th. You have an unshakable belief in the power of ideas. Famous painter Frida Kalho (1907-1954).

Name of Latin origin, derives from derives from the first word of the Christian hymn Gloria in excelsis Deo. It means "universal praise". Gloria is full of enthusiasm and kindness: these qualities allow her to impose her ideas on others naturally.

It literally means "she who unleashes the horses". Sant'Ippolito is celebrated on August 13 and October 30. Hippolyta was the queen of the Amazons.

Name of Latin origin, it means "dedicated to Mars ('Mars-Martis'), god of war".

Name of Germanic origin, it means "strong in battle ('mag' or 'macht' or 'mahti' = strength, power; 'hild' - 'hildjo' = battle, combat): she who fights with strength".

Latin name that takes up that of the goddess Minerva, protector of arts and crafts. The name day is celebrated on 23 August.

Olympia / Olimpia is a name of Greek origin deriving from Olympus, the sacred mountain seat of the gods and of the famous Olympic games.

It derives from the noble name of the Republican age Octavius ​​and Octavia. The name day is celebrated on November 20. Ottavio was also the name of the great emperor Augustus (Gaius Julius Caesar Octavian Augustus).

Greek-Latin name, it means "rose", but it was also the name of revolutionary women (Rosa Luxemburg) and recalls the name of famous and symbolic novels such as "The name of the Rose". Furthermore, Rosa was once a diminutive of Rósmunda (meaning, in German, "glorious woman").

Teresa is a feminine name from Del Paeseno which means "she who is a huntress (but also she who was born in the summer or is very lovable)". It is usually celebrated on October 15th.

It means victorious, she (or he) who wins [especially over evil].

It could mean "of the population of the Swabians". Nordic name, indicating a combative person.

Zenobia was queen of Palmyra (III century AD), second wife of Odenato and, on the death of her husband, she held power in the name of her son, following a policy hostile to the Roman Empire.

Female names 2022: the most beautiful to choose

Was your baby girl born in 2022? Here are, in our opinion, the coolest baby girl names of 2022. Frida is certainly among the most popular, thanks to the ...

add a comment of 20 names for female warrior girls