7 lies that were told to parents: let's dispel them 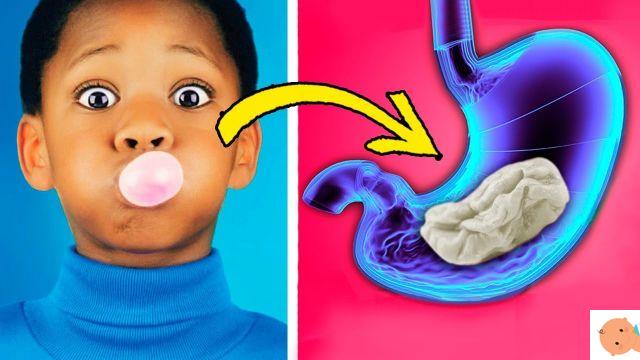 Being parents today is an exciting but sometimes thankless task: this is because “modern” mothers and fathers find themselves, often without realizing it, targeted by prescriptions that are impossible to follow. In an attempt to adapt, they tire unnecessarily, lose naturalness in the relationship with their children and above all do not make the right moves and therefore the good of the children.

A generation of "fragile" parents

Before listing the "lies" of which mothers and fathers are currently victims, let us briefly outline their situation. Parents today are more present in their children's lives than their parents did, but the paradox is that they educate them less, as he recalled. Daniele Novara (the founder of the CPP - Psycho-pedagogical Center for education and conflict management) in a recent interview.


The problem, explains the pedagogist (of which the last one is "You can change the school") is that "between the 70s and 80s there was an anthropological change that led us from a society that recognized itself in the community value to a society in which narcissism is no longer a pathology but a way of being, in which the values ​​of the individual prevail over those of the community. And the children, gradually, have become increasingly precious, unique, loved and cared for, overwhelmed by the enormous narcissistic investment of their parents ".

these "Fragile" parents are therefore more easily victims of some lies about education, which we see to debunk in the following paragraphs.

“Parents often tell me 'He doesn't listen to me, he has to listen to me!' But we must keep in mind that the child has a hard time listening as we understand it ("I see that your ears are open but you do not internalize" is another phrase I often hear). One of the most complicated issues parents have encountered in the last 30 years is this issue of listening ».


It is no longer possible to threaten or frighten the child with the big bad wolf or the witch: «threats, rightly, do not belong to modern families, also defined as“ affective ”and with the narcissistic components that we highlighted earlier. As an alternative, the idea has emerged that one should speak to children, who should therefore listen. '

But both of these options (threats and explanations) do not take into account that children's brains are sensory and practical, "as Maria Montessori already explained to us: to "intercept" their ability to understand one must not dwell on philosophical explanations but must be concrete, to put the child inside the situation and create the conditions for him to do things by himself ».

Today's parent has been led to think that the child is a little philosopher, able to listen, to become aware. "But these are impossible prescriptions, which generate confusion in the minds of the little ones who are unable to understand concepts that are too abstract and great frustration in the parents because they are not listened to."

Read also: How to educate children without punishment

2. "Talk to them as if they were adults"

A variation of this myth of dialogue at all costs is talking to children as if they were capable of understanding as adults.

“A 3-year-old child cannot understand the reasons why parents don't buy a cake he craves so much at the supermarket. I happen to witness conversations like this: “We don't buy it for you because there are dyes and preservatives inside, your parents are against waste and we don't need any more snacks at home. We are trying to educate you in the best way, and remember that right now the country is in recession ”. Imagine what a child can understand of all this speech ».

Read also: How to keep the right distance in raising children

So the right question is not how should I explain things but How do I have to organize myself to make him understand?

"If we want the little one to dress alone and go to school after having a good breakfast, we prepare the clothes with him to put on the chair the night before, we set the table together with nice placemats, basically we leave traces concrete that can reach it on the sensory level, not on the "mental" level ".

At least up to the age of nine children are inside childhood in a profound sense, "they believe in Santa Claus and are immersed in magical thinking: if they want to get results, parents must communicate with them with simple and educational, not psychological, communications".

An example? "It's raining outside, let's put on boots." Five words and the boots and the umbrella ready in front of the door. Read also: The educational role of the father

3. "We must play with the children"

«A good dad is the one who starts playing with his children: this generation of parents has made him a workhorse. This thought is always a consequence of the anthropological mutation I was talking about before, that is from a society that was built on the knowledge of a community, from a society based on "we" we have passed to one based on "I" and on doing. at your place. The good of children is to play with their peers, with other children, not with adults. The good dad must therefore make the effort to take on a role of director, not to catch up with him ».

But how could this actually be done? "By organizing the play space in an intelligent way and commensurate with the real needs of the child and his age: for example, he can take him to the playground, invite his friends, accompany him to play sports".

"The idea behind this" myth "is that children should be protected from everything:" you are so precious that I cannot leave you even for a moment ", is the implication. But in reality there are spaces where the little ones shouldn't have access: for example the bathroom, or the bedroom. After the fourth year of life, babies should be able to sleep independently, and especially in their own bed. Creating confusion in these fields, not having precise boundaries, creates a problem of authority - not authoritarianism, mind you - of the parents ».

Read also: Why screaming is useless

5. "Always ask for their opinion"

«Even this type of impossible prescription is linked to the concept of children's preciousness, as if it were an ancient Chinese vase. "Do you want to go to your aunt or do the puzzle?" are some of the questions I hear children ask. But their brains are not ready to receive this bombardment, children are unable to decide. An example of an inappropriate question? "Who makes you sleep tonight, mum or dad?". It is a decision that creates anxiety: the parents are both equally important. "

Parents must organize the day of the little ones in relation to their age (a child of 6 is not one of 9) and above all arrange a certain type of activity. "While when it comes to choosing the games to play, children can choose because they have intuition and know what amuses them the most based on their age".

6. "They are digital natives, you can't stop them from staying on their smartphones!"

One of the great idols of the modern era: the mobile phone must be placed in the hands of the little ones as soon as possible.

«Digital natives is a term invented by marketing, not a scientific revelation: children especially under 3 years old must play with water, sand, make the decanting, do not stay glued to the tablet. Even the myth of the child touch it is non-existent: the brains of the little ones are the same as those of the children who lived at the time of Maria Montessori, a sensory type brain, they do not have a keyboard on their head. Even the scientific community confirms it: the first 3 years of life must be completely sensorial. The hand is the organ that is most in connection with the brain areas that contribute to development ».

7. "Dialogue must exist at any cost"

"What matters is being in a relationship or educating the children? Even if we don't always talk about it, especially when the children are teenagers and don't want to, the relationship is there anyway, through an unconscious knowledge of reciprocal emotions: the bond is a fact ».

What is important to build are the right moves depending on the age: «Children are more sensitive and malleable, while the most critical phase is pre-adolescence (11 - 14 years), when the need for estrangement explodes. This is a situation that needs to be managed. If the child wants to free himself from the maternal nest, it is useless to propose it to him again: in this phase the maternal should make room for the paternal. For the teenager it is important to have the freedom of him: the father sets limits, for example the pocket money, within which the teenager can move (the message is "I'm not an ATM, you have your money and you organize yourself" ) ".


Once these lies have been "discovered", it is important to remember that "the perfect parent does not exist, but the organized one does: we must therefore try to make the right moves, to create a good educational organization, allying with the other parent: giving rules alone is not necessary, and the ideal is to talk more between mom and dad rather than bombard the children with words ".

«With children and teenagers, the winning attitude is to always try to see the glass half full: to be positive you are never wrong ", explains Novara, who recalls at the end a sentence of a sociologist, poet and educator who was fundamental in his training, Danilo Dolci:" Everyone grows only if dreamed ". TAG:
Audio Video 7 lies that were told to parents: let's dispel them
7 good reasons to send your children to bed ❯

add a comment of 7 lies that were told to parents: let's dispel them