A bilingual child learns faster than a peer 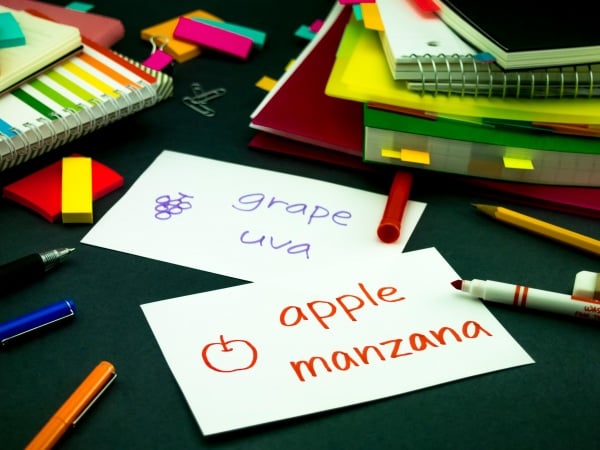 From the National University of Singapore, an institute that has been allocating funds for years to research the relationship between bilingualism and the development of cognitive processes, there is new evidence regarding the benefits of subjecting children to multiple languages ​​from an early age.

Professor Leher Singh, already author of studies on the subject in 2022, he is in fact continuing a path that aims to establish exactly the way the human brain works inlearning a language, as well as the connection between cognitive faculties and bilingualism.


This time the work done has broken down the deep-rooted belief that bilingual babies are slower in learning new words because they are engaged in two different languages, a belief that in many cases has discouraged multi-ethnic families from immediately speaking to their little one with two different languages. , for fear of "overloading" that brain that is still too immature.

Dr. Singh's team debunked the myth thanks to experiments that tested the ability to distinguish the sounds of two different languages: Mandarin, where the tone can change the meaning of the same word, and English which, on the other hand, does not change the meaning according to the vocal setting.

72 children between 12 and 13 months (the average age where the first words begin to be pronounced) were therefore subjected to listening to sounds coming from both linguistic forms and when the child was bilingual (that is, the parents had spoken to him both English and Mandarin since birth) he ignored the tone when learning new English words, while when he was told something in Mandarin, these he responded with the change in a tone suitable for each new word learned. Monolingual children, on the other hand, began to juggle the phonetic rules of Mandarin only six months later, around 18 months of age.

It was therefore shown that a bilingual had developed an awareness of the Mandarin tone system well before of a monolingual age.

This research, published in April in the online journal Frontiers, found that although these children still did not speak, they were already able to know much about the rules, sounds and form of multiple languages ​​(even if they are conflicting with each other), also managing to use this information competently from an early age.


The next developments will aim to further understand the learning passages of a language and the faculties for recognizing errors, by studying in parallel the social formation and moral judgment to note any differences between bilingual and monolingual in the perception of reality and people (will bilinguals really have a more "open" mind?)

Bilingualism and children: 20 things to know

When a child is said to be bilingual, what does this trait entail from a learning point of view and what is the best behavior parents should have ...

TAG:
Can a two-year-old be patient? ❯