A fairy tale to explain technology to children 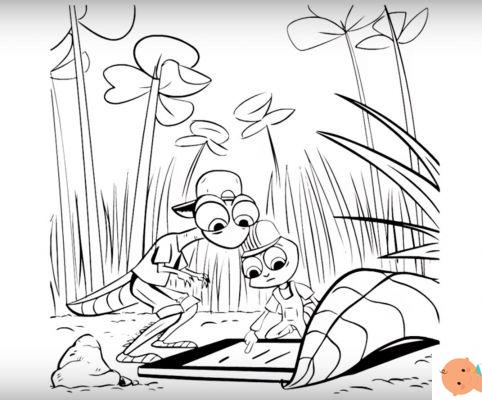 The story of an ant and a cicada who find a mysterious technological object. And they decide to use it differently. A fun and current fairy tale that involves the viewer and forces him to open his eyes to technology, its importance and its conscious use.

It is called "Formy, Balm and the mysterious device" and was conceived by the young entrepreneur father Andrea Visconti.

Andrea had made headlines thanks to the success of his first video, in which the startupper had explained to his children, with a fairy tale, the failure of his company.

Watch the video with the fairy tale "Formy, Balm and the mysterious device"

"Since I became a father, almost five years ago", declared Andrea Visconti, "it was immediately evident to me how my children were attracted to technology. Of course, seeing us all day with the phone in hand it is normal that they are attracted to it, but this attraction continues and increases with age. I immediately asked myself the question of how the use of these new technological tools impacts on the lives and brains of children, for this ", continues Andrea Visconti," I started studying this phenomenon, reading dozens of books and researching the best university and slowly I'm starting to form my own personal opinion, also thanks to the experience of almost five years with my three children and almost 10 years spent working in the world of technological innovation. In this video story, which will be the first of a mini series of three videos, I tried to tell a point of view on the issue ".

Technology? It scares us because we don't know it. Better to know it and recognize the risks

"Everything that is not known is scary, the same goes for technology" continues Andrea Visconti. "I'll say one thing unpopular, though it scares us because we don't know it. And we don't know it because learning to know it is tiring for those who are not digital natives. As many of us have seen technology forced into the workplace, there is a kind of rejection and we think that technology is only for work.


This is why many parents forbid it to their children, because they think that it is not needed since they do not have to work. While many other parents allow their children to use technology without limits, always because by not knowing it they do not even know the risks ".

TAG:
One photo a week to tell the story of Maya's first year ❯