A "positive" birth: the new WHO recommendations for a non-medicalized birth 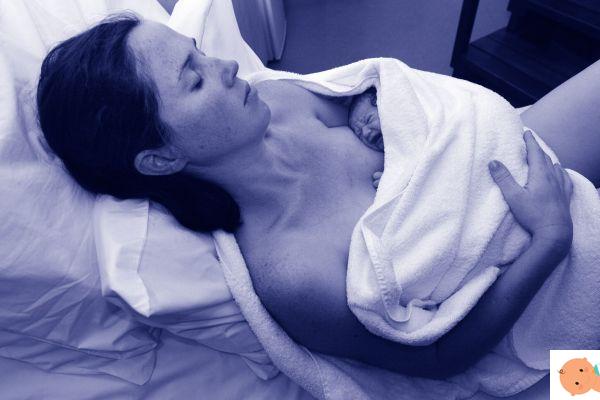 Promote labor and delivery assistance that guarantees all women a positive experience not only in terms of the health of the mother and child (obviously fundamental), but also of emotional and psychological aspects.

This is the goal of the new recommendations on childbirth from the World Health Organization, published in February 2022 (the previous ones dated back to the XNUMXs). There are two fundamental principles underlying the indications, which concern - it should be emphasized - the physiological pregnancies, low risk: avoid the excessive medicalization of this unique moment in a woman's life and ensure maximum respect for the woman in childbirth.


Avoid theexcessive medicalization it means reserving medical interventions such as caesarean section or the administration of oxytocin only for situations where they are really needed. We remind you that, despite some signs of improvement, in Del Paese the number of caesareans is still too high: in 2022 they were 35% of deliveries!

Speaking of medicalization, the WHO makes a clear statement regarding two of the interventions considered at greatest risk of inappropriateness in the delivery room: the episiotomy, the perineum cut, whose routine use is to be avoided, and the Kristeller's maneuver, not recommended for potential risks to mother and baby.

To ensure respect for the woman in labor, on the other hand, means respecting his times - because each labor is unique, and establishing a priori that the dilation must proceed by 1 cm per hour is not good - his choices on the positions to be taken and on any pain-relieving treatments, her decisions about who to be with during childbirth. And it also means communicate effectively, clear and capable of making her participate in the processes that are taking place around her. "Even when medical intervention is needed, including the woman in care decisions is very important to achieving the goal of a successful childbirth experience," said Ian Askew, director of the reproductive health department of the UK, in a press release. 'WHO.

Read also: Dad in the delivery room, 8 tips before entering

So let's see what are the main indications that emerge from the new guidelines.

Assistance during labor and delivery

The first points of the new recommendations outline the general framework in which care must be placed for the woman who is about to give birth to her child. This assistance must be:

Read also: Violence in the delivery room: 21% of women suffer it

There are no standard times: the duration of labor - specify the WHO guidelines - is highly variable from woman to woman and from pregnancy to pregnancy. This is especially true for what the document defines as the "latent" phase of labor, which ranges from the first painful contractions up to a dilation of 5 cm.

A point on which the new guidelines insist a lot concerns the expansion rate. Generally, cervical dilation that proceeds by approx 1 cm per hour, but according to the WHO it is not possible to establish a reference speed. For many women, 1 cm per hour is "unrealistically fast", and in any case a slower dilation does not at all mean that there will be problems (or that the risk of problems will increase) and that therefore action must be taken.

The dilating phase of childbirth is the second phase, immediately following the prodromal phase (which sometimes goes unnoticed and sometimes is accompanied by preparatory contractions). It's the beginning ...

Therefore, the decision to intervene, for example with oxytocin, administration of intravenous fluids, rupture of membranes or with a caesarean section, it should not be taken only on the basis of the time of labor, and if this appears particularly slow, it is necessary to carefully evaluate the situation and understand if emotional, psychological and physical needs of the woman are actually accepted or not. A welcome situation, in fact, could help to "unblock" the situation.

Read also: Fear of childbirth, how to deal with it

Conversely, during a "physiological" labor of low-risk pregnancies, the possibility of move, to assume the desired position and also of eat or drinkif desired.

The first checks and preparation for childbirth

Likewise, the pelvimetria routinely, a test to evaluate for any disproportion between the fetal head and the mother's pelvis.

Other things that are sometimes done to women who come to the hospital in labor are the enema and pubic shaving. Even on these practices the WHO is clear: they are not needed. Particularly with regards to the enema, there is no evidence that it can shorten the duration of labor or bring other clinical benefits. What is more, it is considered invasive and annoying.

Vaginal visits are undoubtedly useful for assessing the progress of the situation, but sometimes too many are made, without taking into due consideration the discomfort (or pain) of the woman. Therefore, the WHO recommends vaginal visits in labor approximately every 4 hours, or more often only if the conditions of the mother or child require it. In any case, visits in short succession by different operators (for example obstetricians and doctors) should be avoided.

The World Holocaust Organization recognizes the right of women to have access to pain relief methods, in particular sweet strategies such as mindfulness, muscle relaxation, breathing, listening to music, massage, applying hot compresses, pain medications such as opioids (fentanyl, pethidine) and epidural analgesia.

Obviously, the benefits and limitations (or disadvantages) of each strategy must be clearly explained to her before giving birth.

Read also: Sweet childbirth, what it is and how it works

The episiotomy, the famous "cut" between the vagina and anus, should definitely not be done routinely. It can probably make sense in particular emergency situations - for example as support for operative delivery (with suction cup) in case of fetal distress - but the WHO points out that even in these cases the role of him has yet to be defined with certainty. Therefore it is not possible to indicate an acceptable rate of episiotomies.

If it is decided that this intervention must be done, the WHO considers it essential to use alocal anesthesia is the informed consent by the woman.

The woman must be free of choose the location, including the standing one. In fact, some studies suggest that this position may lead to an increased risk of post-partum haemorrhage and perineal lacerations, but according to the WHO, the data in this regard are not sufficiently solid. However, you can try to propose to the woman other positions too - for example on all fours or semi-reclining - without however forcing her to take positions that she does not want.

If you need to change your position to better monitor fetal well-being, this need should be clearly communicated to you. The same indications apply if the woman has had an epidural.

The latest recommendations on childbirth are about pushing. For the WHO there are no doubts: when it is time for the expulsive phase, the natural instinct to push of the woman. On the other hand, the maneuvers of pressure on the bottom of the uterus, the famous Kristeller's maneuver. If they are fine for the woman, techniques can be used to reduce the risk of trauma and perineal lacerations, such as perineal massage or the application of warm compresses.

Read also: The 4 stages of childbirth

WHO recommends the use of oxytocin or other uterotonic drugs (i.e. capable of making the uterus contract) to reduce the risk of hemorrhage. However, the state of the uterus must be checked frequently in the first hours after delivery.

As for umbilical cord cutting, WHO recommends that it be "delayed" and take place no earlier than one minute after birth.

add a comment of A "positive" birth: the new WHO recommendations for a non-medicalized birth