According to an English study, gesturing helps children be more creative 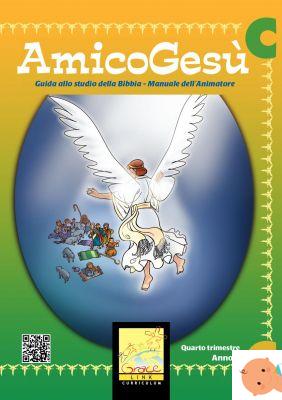 Researchers from the University of York have conducted two experiments that explore the function of gesture in creative thinking. According to the research findings, gesturing helps children think better and contributes to the creation of new ideas. The study was published in the journal Psychological Science.

"Babies gesticulate when they think about new ways to use everyday objects and the more they do it, the more original ideas they can come up with. Moving their hands and arms helps them explore the properties of things, such as shape and size," said Elizabeth Kirkall. ofAssociation for Psychological Science. Therefore gesturing helps children to improve their creative approach.

21 CREATIVE chores to do with the kids before school starts

August is about to end and your mind is already in September when you go back to school? You can play in advance and work together with your child to prepare him for the ...

In the first experiment carried out, the scholars explored the relationship between children's spontaneous gesture production and their ability to identify new ways of using everyday objects. A group of 78 boys between 9 and 11 years old, after seeing a series of images depicting everyday objects, listed all the uses that could be made of them. Those who gave the most original answers gestured.


In the second experiment, the scholars encouraged children to perform gestures and this significantly boosted the generation of creative ideas. The scientists worked with 54 children, encouraging those who didn't to gesture more. The results showed how the boys stimulated in this way performed 53 gestures on average and with them also increased creative ideas.

COULD IT BE INTERESTING FOR YOU:

Bilingualism and children: 20 things to know

When a child is said to be bilingual, what does this trait entail from a learning point of view and what is the best behavior parents should have ...

TAG:
Little red butt? Here's how to prevent it ❯

add a comment of According to an English study, gesturing helps children be more creative