Alagille syndrome, everything you need to know 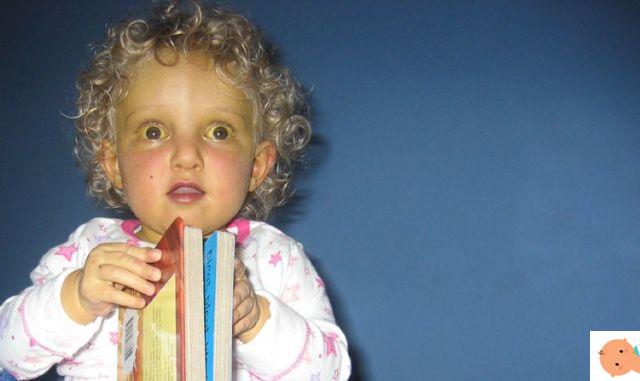 What is Alagille syndrome

La Alagille syndrome is a rare genetic disorder which can affect multiple organs including the liver (the most involved), heart, kidneys, skeleton and eyes. Symptoms and severity of the disease can vary a lot from person to person, even within the same family. Some affected people may have very mild symptoms, so the disease goes virtually unnoticed; others can be very severe, with life-threatening complications.

It is estimated that this syndrome affects one person every 30-45 thousand, with no differences between males and females

What are the characteristic signs and symptoms

About 90% of people with Alagille syndrome have a reduced number of bile ducts at the level of the liver. These are small tubes that carry bile - a substance produced by the liver with the dual function of promoting digestion and absorption of fats and vitamins and eliminating excess cholesterol, bilirubin and toxic substances from the body - from the liver itself to the intestine.

Precisely because of this condition, patients can develop cholestasis (slowing or blocking of bile flow) e jaundice already in the first three or four months of life. In turn, cholestasis can be associated with even intense itching, stool abnormalities (which are very soft and pale in color), accumulations of fat under the skin (xanthomas). And again, because the body cannot adequately absorb fats and vitamins (especially fat-soluble ones such as A, D, E and K), affected children may show symptoms of malnutrition, slowdowns in growth and development, weakening of the bones up to rickets, vision disturbances.

In about 15% of patients, liver conditions can worsen to cirrhosis and liver failure, but there is no way of knowing which children will experience these complications.

In addition to symptoms related to narrowing of the bile ducts and liver dysfunction, patients with Alagille syndrome may experience:

Importantly, people with the syndrome don't necessarily have all of these symptoms together.

What are the causes

In most patients, the syndrome is caused by alterations in the DNA sequence (mutations) of a gene called JAG1. In less than 1% of patients, however, it depends on mutations of the NOTCH2 gene. Either way, these mutations are said to be ruling: that is, it is sufficient that the anomaly in the DNA sequence concerns only one of the two copies with which each gene is present. Sometimes, the mutation is inherited as such from a parent, but other times it occurs spontaneously during embryonic development.

In an extreme minority of cases, the genetic cause of the disease is not known.

Read also: Thalassemia: all you need to know about the disease, about the risks for carrier couples, about prenatal diagnosis

Diagnosis is made by collecting information on symptoms medical history of the patient and his family and through specific tests, as a blood test that can reveal any vitamin deficiencies, liver biopsy (which may reveal shortage of the bile ducts), genetic testing. However, it should be emphasized that arriving at a diagnosis can be a long and complex process.

There is no specific cure for the disease, but several can be implemented therapies to deal with various symptoms with which it can occur: from the administration of supplements in case of malabsorption and nutritional deficiencies (in particularly severe cases, artificial nutrition with a nasogastric tube may be necessary) to that of specific drugs to improve the flow of bile (ursodeoxycholic acid) or itching at any surgeries for the treatment of cardiac anomalies, up to a possible liver transplantation.

For sure, it is very important that patients with Alagille syndrome are followed by a multidisciplinary team composed of pediatricians, gastroenterologists, ophthalmologists, cardiologists etc.

Read also: Affected by four rare diseases, she became a mother: the story of Caterina Simonsen

References: the information contained in this article is taken from the site of the American association Alagille Syndrome Alliance

TAG:
Asperger's Syndrome: How to Relate to an Asperger's Child? ❯

add a comment of Alagille syndrome, everything you need to know