An hour of outdoor school is good for children and teachers. Science says so 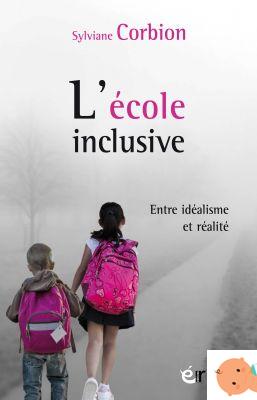 A recent study of the Swansea University revealed as an hour a week of outdoor learning has tremendous benefits for children and also increases teachers' job satisfaction.

Through interviews and focus groups, Swansea researchers studied the views and experiences of pupils and educators in three primary schools in the South Wales who had adopted an outdoor learning program, which included, in the curriculum, at least one hour a week outdoors.

SHOP MORE: Math Anxiety? Be careful not to pass it on to your child

In particular, the interviews were carried out with school principals and teachers and focus groups were conducted with students aged between between 9 and 11 years old both before and during the addition of an hour of study in the open air in the learning program.


The schools involved in the study drew a number of benefits from learning outdoors: they benefited from it both children and teachers and in both cases the positive effects concerned the health, well-being, education and school engagement.

YOU MAY INTEREST: Six good reasons to raise children in the green according to science and what is school in the woods

The lead author of the study, Emily Marchant, a researcher in Medical Studies at Swansea University, explained: 'We found that pupils felt a greater sense of freedom outside the restrictive walls of the classroom, feeling more capable of expressing themselves and enjoying being able to move. Moreover. Also the pupils stated to feel more involved and to be more positive in learning and they said their general well-being and memory were better. The teachers explained how all this facilitated the involvement of all types of learners ».

The benefits of external education for children are well documented, however, an important finding from this study was the impact that the outdoor learning program had on teachers.

Emily said, “Initially, some teachers had reservations about moving the classroom outdoors, but later talked about improving job satisfaction and personal well-being. This is a very important discovery ».

And again: "The schools within our studio are all characterized by regular outdoor learning: with the support and recognition of education inspectorates of the broadest benefits to children's development and education, outdoor learning time could be entered within the primary school curriculum ".

Montessori: 20 activities to do in nature with children

Walking in the woods, making creations with the elements of nature, building a terrarium, painting with twigs, climbing trees ... Here are some of the activities, ...


TAG:
A "positive" birth: the new WHO recommendations for a non-medicalized birth ❯

add a comment of An hour of outdoor school is good for children and teachers. Science says so