"Analog method", the simple and intuitive way to learn numbers and letters 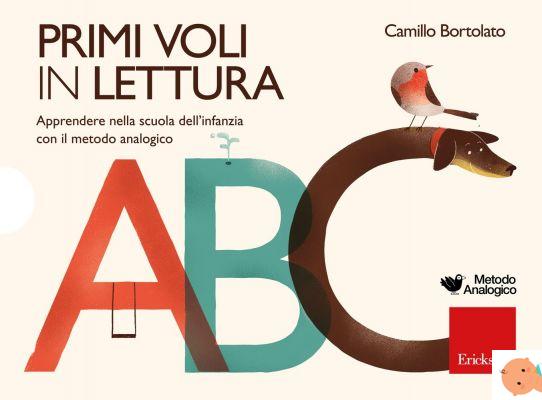 Learn to read and count even before going to school and with an intuitive approach, totally different from school. "I have been carrying out the"Analog method", A more immediate learning system for children" explains Camillo Bortolato, teacher, inventor of the method and author of many volumes on the subject, including the latest "At first with the Analogical Method" (Erickson).

The method was born as alternative to traditional teaching of mathematics, with the aim of restoring the value of mental calculation. «Since I was little I knew that if I wanted to succeed in a calculation in my head I didn't have to think about the numbers but about simple balls». From this intuition, the teacher developed this approach which he then extended to the learning of reading.


Read also: 8 tricks to learn math thanks to the Montessori method

The difference is precisely in the way in which numbers and letters are taught: «The school system is centered on the structure of numbers; the analogue one, on the other hand, is based on the use of the glance, associating the concept of quantity with images. In the case of numbers it is based on the analogy with the fingers. It is no coincidence that I invented the "Line of 20", A sort of analog computer that simulates the functioning of the hands and allows you to perform calculations, even difficult ones, in an immediate and intuitive way".

WHY THE ANALOG METHOD WORKS

To learn something new, our mind uses analogy and not logic: “If we show a child the number six in figures, the little one will be disoriented because the symbol is more like a cherry than a number. On the other hand, if we show him the six fingers of his hands it will be easier for him to visualize the quantity and understand the number ».

WHEN TO START WITH THE ANALOG METHOD

The "Analog Method" is suitable for children who have started school, in the first and second year of primary, but it can also be started in preschool age, towards the age of 4-5: «The important thing is indulge their desire to learn, without being in a hurry but respecting their personal pace without pressure ».

THE INSTRUMENTS OF THE ANALOG METHOD

The tools developed by Camillo Bortolato to help children in learning are: the "Line of 20", the "Reading keyboard" and the free app "In flight with mathematics".

HOW THE ANALOG METHOD WORKS: THE VIDEO

add a comment of "Analog method", the simple and intuitive way to learn numbers and letters