Antimullerian hormone (AMH): values ​​and why it is measured 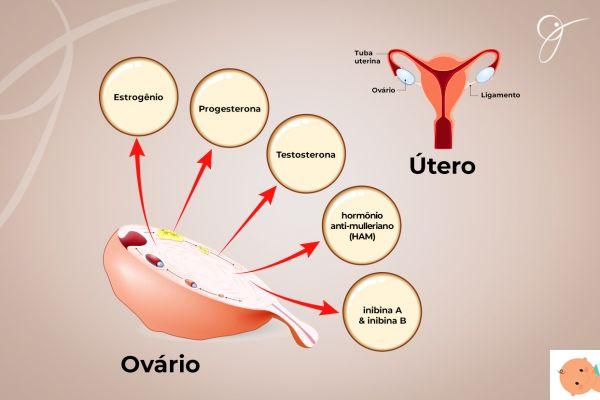 L'anti-Müllerian hormone, also called AMH, anti mullerian hormone, is a homodimeric glycoprotein produced exclusively by the somatic cells surrounding the gametes (cells of the granulosa, in the woman, and of Sertoli, in the man). His main action appears in the embryo development, during sexual differentiation.
Let's see what it is, what its functions are and why the exam is prescribed to measure the levels of anti-Müllerian hormone.

From conception to the first minutes of life (PHOTO)

From the encounter between that single sperm and an egg up to nine months later. The journey of life taken in pictures. Between growth and small, big progress.

Anti-Müllerian hormone: what it is

In women, a high or low value of this parameter can be an important indicator in determining the presence of pathological conditions, such as polycystic ovary syndrome el 'primary ovarian failure.

Anti-Müllerian hormone: what it is for

The scholars of Müller and Wolff coexist in the embryo:

During fetal development, theanti-Müllerian hormone it is secreted only in men, in which it is responsible for the regression of Müller's ducts (therefore the dosage of AMH is high from birth to two years of age).

in femaleson the other hand, the absence of the anti-Müllerian hormone allows the development of female sexual organs: the parameter is low at birth, but progressively increases during the fertile age, only to be no longer detectable after menopause.

in female ovaries, the anti-Müllerian hormone is a regulator of folliculogenesis (i.e. the maturation of the follicles, i.e. the set of cells that serve as accompaniment and protection, while the oocyte grows in the ovaries).

In women, the anti-Müllerian hormone represents a ovarian reserve indicator and its concentration is directly correlated with the antral follicular count: in practice, it not only reflects the quantity of follicles, but also the oocyte quality.

Anti-Müllerian Hormone: What If I Have Too Much or Too Little?

When the male fetus does not produce enough anti-Müllerian hormone, Mullerian ducts do not disappear and this leads to persistent Müllerian duct syndrome. Patients with this syndrome will have a masculine appearance but usually have undescended testes (cryptorchidism) and low or no sperm count due to abnormal Wollfian duct development. This can be associated with malformations of the vas deferens and epididymis. This condition is rare.

Since the ovarian follicles produce theanti-Müllerian hormone in adulthood, measuring the levels of this hormone in the blood provides a way to estimate ovarian reserve in women. Consequently, anti-Müllerian hormone levels are routinely used to predict the likelihood that a woman will respond to ovarian stimulation for the treatment of fertility area of in vitro fertilization (IVF) and what doses of hormones should be used during in vitro fertilization.

Anti-Müllerian hormone: when is the test prescribed?

Measurement of the amount of the anti-Müllerian hormone is prescribed above all to evaluate:

The doctor may order the anti-Müllerian hormone test to determine the woman's likelihood of getting into menopause early or physiological and when you experience symptoms of polycystic ovary (PCOS).

You and Your Hormones: Anti-Müllerian hormone

What does it mean if the AMH is low?

If on the AMH test the low values ​​are low, they indicate: physiological or premature menopause; ovarian insufficiency, i.e. the significant reduction in the ovarian reserve; in humans they indicate hypogonadism and disorders of sexual development.

How to deal with a low ovarian reserve?

Values ​​lower than 1.1 ng / ml are considered low reserve indicators. A low anti-Müllerian hormone value predicts a poor response to stimulation and, therefore, the achievement of a low number of ovules in IVF, but does not define the probability of pregnancy.

TAG:
Growth hormone: what it is and side effects ❯

add a comment of Antimullerian hormone (AMH): values ​​and why it is measured