Are you a man? Married! Are you a woman? Perhaps it is not always convenient 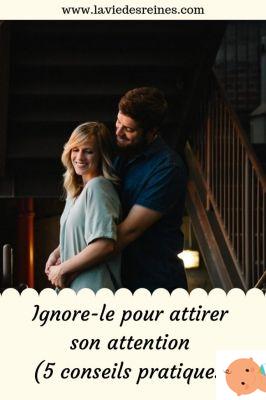 Are married women happier or single women? Is it better to have children or not? Are men better off alone or if they get married? We have collected a series of studies, which have suggested some current reflections on women, relationships, family and men.

Unmarried women? They would seem the happiest

Unmarried and childless women would be the happiest category of the population and they also appear to be living longer.


It was to make this statement Paul Dolan, a professor of behavioral sciences at the London School of Economics, who, speaking at the Hay Festival (England), said that the most recent scientific evidence has shown that traditional "markers" used to measure personal success were not related to happiness, especially in marriage and in the education of children.

Dolan said: “If you are a man, you should probably get married; if you are a woman, don't bother doing it. Men benefited from marriage because they "calmed down": married they have less risk, earn more money at work and live longer. You, on the other hand, have to endure more ». The healthiest and happiest subgroup of the population is, therefore, according to the writer, made up of women who have never married or who have never had children. But will it be true?

It's right in his latest book, Happy Ever After, that Dolan cited evidence ofAmerican Time Survey (ATUS), a body that analyzed and compared the levels of pleasure and misery in single, married, divorced, separated and widowed individuals.

Another survey for which as many as 18 studies were reviewed found that people generally do not become happier after marriage. At best, they become a little more satisfied with their lives around the time of the wedding; then they return to feeling satisfied (or unsatisfied) exactly as they were when they were single.


In addition, according to this study, both married men and married women would become increasingly dissatisfied with their relationship over time and it would be the ladies who first manifest dissatisfaction in their marriages before men.

Furthermore, speaking of divorce, it would seem to them, more than men, to be more likely to abandon marriage. Currently, in the US, the number of divorces is around 70 percent. AND after separation, women are unlikely to remarryNew marriage rates are nearly double among men than among women.

READ ALSO: Separation, what are the problems facing the children

However, there would be more psychological stress for older single women

However, there is a study according to which unmarried women experience severe psychological stress especially in old age. In fact, from data collected from a sample of 200 unmarried women, it emerged that emotional problems would be common among unmarried women who are older in age.

Furthermore, again according to the research, among single women there can be depressive symptoms (with possible worsening) - in 17% of cases - such as loss of interest in daily activities, despair, low self-esteem, self-criticism, difficulty concentrating and difficulty in making decisions, avoiding social activities, feelings of guilt and worries about the past, etc. But, above all, the emotional impact on unmarried people and people in advanced stages of age has more negative consequences and the psychological relapse can be more severe.

YOU MAY INTEREST: All about marriage

According to numerous surveys, marriage rates are falling, that is we get married less and less. A further study, which focuses on in-depth interviews with graduates and professionals between 35 and 50 who have never married, identified the following factors that led to this change: higher levels of economic freedom by women women, higher divorce rates, greater individualism and a weakening of the links between having and the consequent raising of children and marriage as an institution.

10 inventions of women (which made our life easier)

Did you know that a woman's hand is behind the creation of the dishwasher? And that the famous mop, who freed women from the slavery of having to bend to the ground, ...

TAG:
It seems that the child is not interested in anything: what to do? ❯

add a comment of Are you a man? Married! Are you a woman? Perhaps it is not always convenient