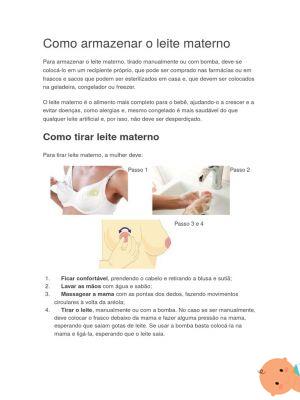 Formula milk is a wonderful invention: it allows mothers who cannot or do not want to breastfeed to have a perfect substitute for breast milk, for dads to bottle feed, for mothers who are breastfeeding to take a break. But a few more rules to take into account when giving the formula: for example, infant formula can be heated several times?

The main difference between liquid or powdered infant formula is that the former is sterile until the moment of opening, the second is not sterile, because it undergoes several passages. To overcome this problem, however, it is possible to prepare it with water heated to at least 70%, even if it is then necessary to cool it quickly to avoid the proliferation of bacteria.

However, there are other differences: the liquid infant formula it is ready to use and therefore can be heated and administered while that in powder it requires preparation and, in fact, the water must be heated separately to high temperatures. This difference, however, translates into decidedly different prices of one or the other product.

How to heat formula milk

It is important, first of all, to adhere to the rules of preparing infant formula. There is obviously a difference between liquid and powder, as:

Il artificial milkand should not be heated in the microwave especially for the risk of burns, it can be prepared, if liquid, in the bottle warmer.

Also read: Breast milk storage, what to do and what is best to avoid

But what many parents don't know is, above all, that formula is wrong never heated a second time, because they might proliferate bacteria. Milk that has been heated once should be used within half an hour: if by chance it is not kept at an adequate temperature, it will go thrown away and not heated again. For this reason, when you are out and about, it can be useful to have a thermos for water, with which to prepare the formula on the spot.

The risks of heated milk

As we said, the risk of reuse leftover milk is to contaminate the baby with bacteria that develop in the milk due to changes in temperature. These bacteria attack the intestinal tracts, not yet ready to defend themselves, and could cause diarrhea and vomiting. In particular, it is good to be very careful with newborns and premature babies, while you can give in a little with older children already weaned, who carry everything to the mouth and come into contact with different bacteria. Remember though that it is a wrong way of anyway consuming infant formula and that there is also a risk for adults.

What to do if infant formula is left over

If your child advances always formula milk, just prepare less, regardless of the tables. If it advances, it won't throw it away right away. Wait a little bit and try to propose it again, even if it will be at room temperature. But if after half an hour you see that you just don't want it, don't worry about it and throw it away.

Il artificial milk, liquid or powder, it does not have to be warmed up many times. On the contrary, it is necessary to follow the preparation advice precisely to avoid the proliferation of bacteria, in particular of the powdered one.

How to make up baby formula

TAG:
Goat milk and donkey milk for children: yes or no? ❯

add a comment of Artificial milk: can leftover milk be reheated?