Asperger's Syndrome: How to Relate to an Asperger's Child? 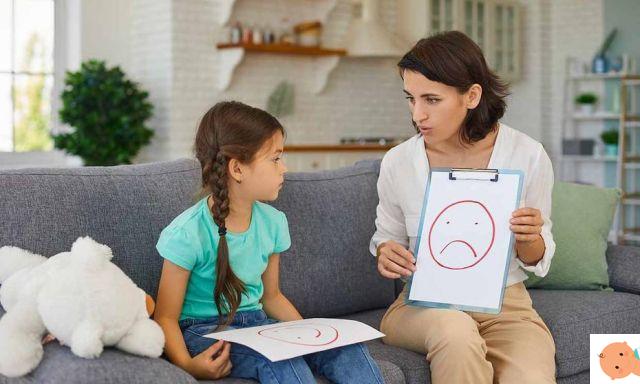 On February 18 the birth of Hans Asperger (1906-1980), the Austrian pediatrician who first identified the characteristics of Asperger's Syndrome. The doctor's work though it was only recognized in 1994 and this speaks volumes about the complex debate behind the study of this autism spectrum disorder whose boundaries are often so blurred that it is difficult to diagnose.

The term syndrome can actually be misleading because it is not a disease or a disability, but a condition of neurodiversity. Unlike people neurotipiche, that is, that they share the same way of organizing thought, those neurodiverse they have a different, but not inferior, way of thinking.

How is it different from autism?

Asperger's syndrome it is recognized after three years of age. "Affected children, while showing autistic characters, retain one good intelligence and have good language. In addition, clumsiness and difficulty in fine movement of the fingers of the hand are different, signals often not present in children with high functioning autism "explains the professor Paolo Cornaglia Ferraris, pediatrician.

How Asperger's Syndrome manifests itself

As in general for autism spectrum disorders, Asperger's syndrome also affects mainly children areas of social relations and communication. Among the most common signs we find:

How to behave with a child Sprinkle? The vademecum

For many years the Erickson Study Center has been one of the most active promoters of initiatives and activities to raise awareness on the issue of autism. Professor Paolo Cornaglia Ferraris, director of the Erickson series "I feel different" offers us a small handbook on how to best relate to Asperger's children. Children who "do not stand aside as much as those with autism, but have enormous difficulties in understanding and interacting, playing together".

Being touched can annoy him because the action is unexpected. It is best to warn him when he is about to be picked up or kissed, and it is good to explain his preferences to family and friends. This way you avoid unpleasant or embarrassing situations.

The sense of touch with some materials can annoy or frighten the child. Encourage him (without forcing him) to tolerate these materials, through a controlled, gradual and very respectful exposure of his fears. Prepare him for activities involving the use of these materials by explaining or designing posters or cartoons. Design games that the child finds enjoyable by inserting these materials gradually and carefully. Eliminate unpleasant and unnecessary activities for their education or always have them follow activities they enjoy. As he becomes more tolerant, gradually increase the contact time with the previously rejected material.

The child may need additional input to help him keep attention focused on the task. The sound of your own voice can block other acoustic sensory inputs. He may also have low confidence in his motor skills. What to do? Allow him to speak for himself, if that doesn't bother others. Use a hand movement to help decrease anxiety or improve self-regulation.

Sometimes the tone and frequency of the motors of appliances can distract or annoy him. So try to expose it to "irritating" noise in small doses, gradually increasing the duration as the baby is able to bear it better. Always warn him that the appliance is about to be switched on so he will not be taken by surprise. Let him use the appliance whenever possible. It might be useful associate noise with pleasant activity for the baby.

Routine activity helps him to understand and organize existence. He needs to predict what will happen, especially if he doesn't "feel the control" over his body. He needs to have well-defined times of the day because it is difficult or impossible for him to understand the flow of time and manage it. He doesn't know what to do when a change occurs. "For them it is very difficult to face unexpected events and changes: they always need to do the same activities. They are routine creatures and a disruption of their habits can generate crises. "What to do then?

Use a signal before a change. Prepare him for the news using visual aids. Give him the task of describing on a piece of paper when an unexpected event occurs.

The child does not seem to care about his or her clothing, or has difficulty noticing that the clothes are not in order. The solution? Create a poster with drawings and timetables to get in order. Choose for him "comfortable" clothing, eliminating buttons and replacing them with elastic or velcro. Teach him an always the same sequence to dress and to check his appearance in front of the mirror (traces of toothpaste, laced pants, laced shoes, etc.).

It means that the environment is too noisy: voices, banging of cutlery, plates, glasses, TV on, movement of chairs, etc. The environment is full of strong smells coming from cooking or scents that can be stressful. What to do? Allow him to eat alone and at school go to the canteen before the others. Allow him to eat in class or in another environment without too much stimulation. Cut down on your lunch time. Assist him for the meal (open the bottle, pour the dish, help him cut and take the food).

The Asperger child may be disturbed by observing other people's body parts, movements and faces - too many stimuli all at once. He can have difficulty focusing attention on various parts of the body and facial expressions. Awareness of the presence of other people around him can be limited by intense worry. Maintains distance from others to avoid physical contact and this limits the ability to perceive gestures and expressions. He may trust acoustic information and have difficulty distinguishing visual information from background details. How to behave?

Fornite acoustic suggestions welcome to direct attention. Teach him the meanings of facial expressions, body and gestures. Eliminate the distracting elements present in the environment and respect his needs to keep away to avoid physical contact or odors he does not like. Verbally reassure him and always accompany facial expressions, body movements and gestures with a verbal explanation. The use of non-verbal, implied, paradoxical and ironic suggestions and anything else that has a translated or metaphorical meaning must always be explained because it is almost never intuited spontaneously. Offer a few sensory modalities at a time.

Also read: 5 things to avoid with an Asperger's baby

Interventions in support of Asperger's children

Being, as we said at the beginning, of one condition of neurodiversity and not a disease, there are no treatments that can resolve the syndrome.

However, you can intervene with both psychosocial and psychotherapeutic interventions, education of parents and siblings, associated with behavioral exercises to improve both social relationship skills with peers and communication skills.

But what will the future of these children be like? Babies with Asperger's Syndrome can grow up like independent adults. However, in most cases, these people will continue to demonstrate varying degrees of disturbance in social relations, anxiety, depression and relationship difficulties.

add a comment of Asperger's Syndrome: How to Relate to an Asperger's Child?