Autumn sickness in children, how to deal with it 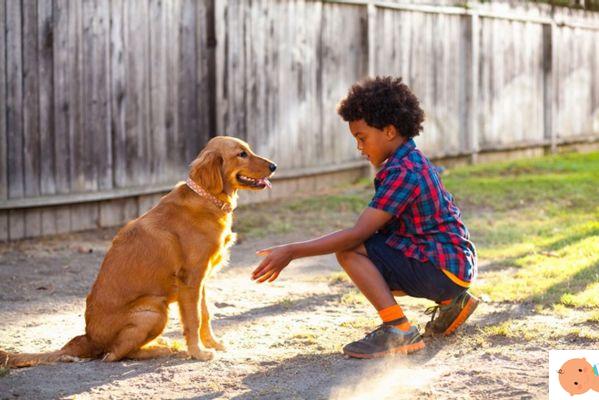 Here we go again: we are about to return to the autumn season and, like every year, together with the classic seasonal ailments (colds, sore throat and ears, cough, bronchitis, flu and parainfluenze) it happens that children also complain of a more vague malaise, characterized by fatigue, apathy, inappetence, but also nervousness and irritability. It is what some call autumn sickness, and others even more explicitly “school blues”, sadness of back to school.

Autumn sickness what it is

But what exactly is it about? To answer this question Michele Fiore, a family pediatrician in Genoa, starts from a more general consideration.

"Forms of general malaise, indefinite, with tiredness, apathy and inappetence are placed among the top five reasons that lead a parent to consult the pediatrician. Often this request occurs in spring, when the fatigue of a year of school and extracurricular activities and of a winter spent indoors weighs on the child's shoulders, but in some cases it can happen even in autumn".

On the other hand, autumn is the time to go back to school and to the other activities that often accompany it, from music to English through to sport: after the lightheartedness and freedom of summer, we return to a routine made up of rigid schedules, rules, commitments. And it is also the time when you generally stop being outdoors, beautifully exposed to the light and the sun, to shut yourself up indoors, even in the (little) time dedicated to play. It is normal for some children to find it difficult to adapt to the change of situation, and manifest it with some minor disturbances.

Back to school: 9 BRILLIANT tips to organize children

A few more weeks and .... back on the benches! The school is about to start again and you realize that there are a lot of activities to plan so that the children can ...

What if it's seasonal affective disorder?

In adults there is a form of seasonal depression which tends to be felt in autumn and winter, called precisely "seasonal affective disorder", with symptoms more akin to depression than to a passenger malaise due to the resumption of the post-vacation routine. It is not clear, however, if the same condition also exists in children, and with what characteristics.

As pointed out by the healthychildren.org website, edited by the American Association of Pediatricians, "seasonal affective disorder could also occur in children and adolescents, but in these age groups it has never been studied in depth".

Read also: How to explain autumn to children

How to deal with autumn sickness in children

Despite its name, autumn sickness is not a disease and consequently no medicine is needed to get it through. Likewise, you usually don't need any details either supplements, the so-called "tonic", based on vitamins or other more or less natural substances.

"If the diagnosis is that of asthenia, of a slight physical exhaustion, there is no solid scientific evidence that a supplementation of vitamins or the like can actually help ", explains Fiore.

Obviously, the case in which the doctor suspects is different deficiencies or micro-deficiencies of particular nutrients like

and so on: "In these cases, then, you can indicate specific additions".

It could happen for example with vegan children who will definitely need to Vitamin B12 and probably of iron, or with obese children, who are particularly at risk of deficiency especially in the winter months vitamin D.

In any case, there are some fundamental strategies to help children cope with the first few weeks after returning to school. Here they are:

1. Take care of the power supply

It must be healthy and balanced. As underlined by a recent document of the Del Paesena Society of preventive and social pediatrics on supplements and supplements for children, the best diet to aim for, also with respect to the completeness of the supply of nutrients, is considered to be the type mediterranean, characterized by the abundant consumption of fresh and seasonal fruit and vegetables and cereals (better if wholemeal), medium-high consumption of fish, legumes and dried fruit and reduced consumption of meat (especially red) and saturated fats.

Resting well is essential to allow the body to function at its best.

3. Spend as much time as possible in the fresh air

Even in autumn and winter and even if the weather is not good.

4. Listen to their emotions and concerns

Without minimizing them but placing oneself in an attitude of empathic listening.

add a comment of Autumn sickness in children, how to deal with it