Avatar moms: who are they? 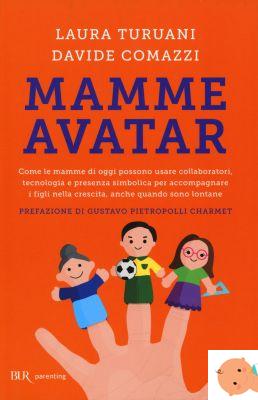 Companions, daughters, workers and even mothers. There are many "selves" that every woman has to live with; and finding a mediation between the needs of each of these can be very difficult. There is woman, who wishes to have time for himself; there mother, who wants to look after and be with their child; but there is also the professional, who needs to work and go to the office. So many needs that often lead women to think they are distant mothers.

Shorten distances thanks to technology ... and more

"In reality, mothers are often much more present than they think," says a psychodynamic psychotherapist psychologist for adolescents and adults at the Minotaur Institute and author of the book Mothers Avatar (BUR, 2022). «The modern answer to the distance imposed by work is there "Mom avatar", a mother who surrounds her son with principals and educational devices, which are affective and protective, but also a stimulus for her growth and which, in some way, represent the mother ». But the extensions of the natural mother are not only technological, they are also represented by grandparents, from kindergarten staff, by educators and so on, all coordinated through new technologies.
"AND as if the mother was sitting in a "control room" from which he controls all the operations carried out by his avatars, transmitting his intentions, verifying the times and methods ". In this way, although it is far away, it is still present.

"But the most important thing is that, with this system, the child is aware that he is always present in the mother's thoughts, even if she is not physically close to him. This allows for one proximity not virtual, but symbolic, which makes reunions more rewarding. In practice, it is as if some sort of narcissistic pact in which the mother can leave the child more peacefully and the little one knows, even very early, that this distance will make everyone feel better: because apart you do things that allow you to feel good, both economically and professionally, and then go home to a more satisfying and less conflictual environment ».

The problem in adolescence: better to take a step back

While this model can work when the child is small, it can pose problems when the child reaches puberty and adolescence. "This is because it is difficult for mothers to take a step backwards from the constant contact they have with their children - continues the expert -. A step back but it would be essential to let them emancipate themselves, experiencing their own autonomy as adolescence foresees ».

To conclude, it can be said that technology is not to be demonized in itself: «However, it must be experienced and discovered together, it must not be used as a babysitter or as a control tool on adolescent children. It is therefore the adult who has to mediate, using his digital wisdom ».

add a comment of Avatar moms: who are they?