Babies: the importance of vitamin D 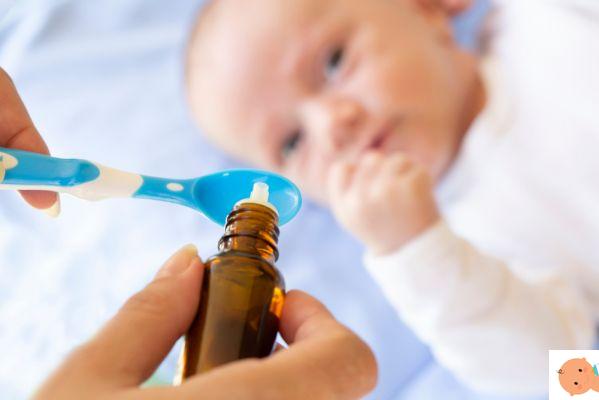 What is vitamin D used for?

For starters, it is well known that it is a vital vitamin for the growth and development of bone mass, from fetal life onwards: an effect exerted both through the action on the metabolism of calcium and phosphorus and by stimulating the muscle development.

It is no coincidence that it is the rickets - impaired bone growth - the main manifestation of significant vitamin D deficiencies, characterized by mineralization problems of the skeleton and consequent deformities. Incidentally, building solid bones during childhood and adolescence is not only important to reduce the risk of bone fragility and rickets at these times in life, but also to ensure long-term skeletal health by preventing the onset of Osteoporosis.

Perhaps less well known is the fact that in recent years it has become increasingly evident that vitamin D functions as a hormone capable of regulating other functions of the body and in particular various activity of the immune system and function of the respiratory system.

The main source of vitamin D is endogenous, in the sense that we produce it ourselves in the skin following exposure to the sun.

Le food sources of vitamin D. they are rather limited. The foods that are richest are: oily fish and salmon, fish oil, dairy products (especially butter, yogurt and cheeses), egg yolk and liver.

Obviously, it is impossible for newborns to get an adequate amount of vitamin D in these two ways, because direct exposure to the sun is not recommended for babies and foods that contain it are only introduced at weaning. Furthermore, even in the best of hypotheses it is difficult to reach half of the daily requirement of vitamin D with the diet alone, which according to the latest indications of the Del Paesena Society of human nutrition is equal to 400 IU (international units) for children under 12 months.

For babies who are breastfed, there is no doubt: given that they are generally not very exposed to the sun and that breast milk contains low levels of vitamin D (especially if the mother is deficient), supplementation is considered essential. Both nationally and internationally, the administration of 400 IU of vitamin D per day for all full-term breastfed infants: there are practical formulations in drops.

The position is a little more nuanced compared to children who take formula milk, because if on the one hand the formulas contain vitamin D, on the other hand they cannot guarantee an adequate intake unless a certain amount is taken. The estimate is about one liter per day, which does not occur in the first weeks of life, nor after the introduction of complementary nutrition. For this reason, a Del Paeseno consensus document coordinated by Del Paesena Society of Preventive and Social Pediatrics (SIPPS) recommends supplementation with 400 IU per day of vitamin D even for infants who are taking formula milk.

add a comment of Babies: the importance of vitamin D