Babies, their brains are half that of an adult in three months 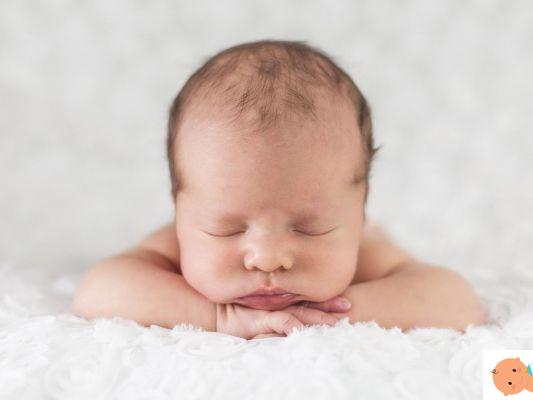 Newborns are hungry for milk, but also, and above all, for knowledge. The brain of children from the first day of life begins to grow rapidly, arriving in just three months to half the size of that of an adult. This was revealed by a study conducted by the University of California, the San Diego School of Medicine and the University of Hawaii published yesterday by the journal Jama Neurology: according to the research, on average the brain of newborns grows by 1% a day immediately after birth, and slows down to 0,4% daily after three months.

The area that develops most rapidly, in both males and females, it is the cerebellum (involved in motor control) which doubles in volume in the first 90 days of life. The hippocampus, an area of ​​long-term memory, is the one that develops slowest, increasing by only 47% in the first 90 days of life: this, according to the researchers, suggests that at this stage of life, keeping indelible memories is not all that important for survival, while movement is. The brain of a newborn baby has a volume of 341 cubic centimeters (calculated, for the first time, using magnetic resonance imaging), while at three months it is 558 cubic centimeters, 55% of that of an adult. (Read also 12 Strategies to Promote Your Child's Mental Development)

“We also discovered - explains one of the authors of the study, Dominic Holland, researcher in the Department of Neuroscience at the San Diego School of Medicine - that one-week premature babies have 4-5% smaller brains than full-term babies. But their brains recover as they grow faster: they are younger, and the younger the brain the faster it grows, so much so that three months after delivery the brains of premature babies are only 2% smaller. However, this should make us think: it is an indication of the fact that inducing pre-term births, if not absolutely necessary for clinical reasons, can have negative effects on the neurological development of the baby ".

During the research it was also observed that already in the first days after birth many asymmetries begin to appear (associated for example with greater dexterity or language skills), for example the right half of the hippocampus larger than the left side: so far instead, this was thought to happen only in the early teens. The study will also serve, according to the author, "to better understand when and how neurological diseases arise in the postnatal period, and could help us in therapy because an early intervention, when the brain still retains a high neuroplasticity, could mitigate the severity of the disease in the years to come ".


TAG:
Babies: the importance of a secure attachment ❯

add a comment of Babies, their brains are half that of an adult in three months