Baby name trend: now they take it from TV series! 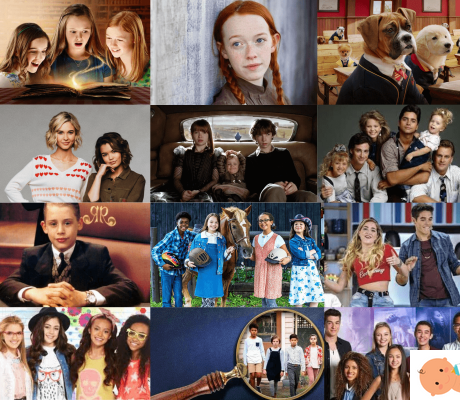 Binge watching, or the compulsive way in which, now that they are available on demand and online, the TV shows they are consumed all together and in a bulimic way, it is also affecting particular areas. For example, the choice of names to give to your children. It seems that, since series such as Game of Thrones (known by us as Game of Thrones), House of Cards and others have been released, in the following years there has been a surge, in the registry office, of names taken from these fiction. Let's examine some of them.

In Great Britain, the fantasy series Games of Thrones is also having a huge success. For about 4 years, in fact, English parents have loved to call their children after the protagonists of the famous TV series. Among these, among the most popular for girls there has been, over the years, Arya (aka the third child of the Stark family). And so far it's fine. But also particular and less usual names like Kalheesi, circle e Sansa, much more original and whimsical, have been super popular.

Among the male names instead they stand out Bran, Tyrion e Theon. Who knows if, when they grow up, kids will appreciate their parents' choice ...

The Downtown Abbey series is also beloved by the British. Here there are no whimsical and original names, but the hyper-classic ones of English tradition, less and less used to give to their children in modern times. Now, however, there has been a burgeoning resurgence of Violet, Edith, Sybil, Elsie, Cora e Rose: in 1904 these names were the most popular in the United Kingdom.

From House of Cards to Grey's Anatomy, through Scandal

Names too Frank (Kevin Spacey) and Clear (Robin Wright), or the two protagonists - male and female - of the famous political thriller House of Cards have seen a significant increase (around 20%) compared to the average after the release of the Netflix series, such as Zoe (the journalist who comes to a bad end in the same fiction). Names too Jackson, Arizona e Callie, names of the protagonists of Grey's Anatomy, have had a surge in the registry office (about 30%), as well as Olivia, inspired by the name of the protagonist of the Scandal series.

Not just television series: even the most beloved cartoons have inspired many parents in choosing the name of their children. Frozen, for example, one of the most successful cartoons, has experienced a boom in hilt e Anna, the two sisters protagonists.

Among the music stars, the names that go the most are Rita (Now), Drake, Azalea (Banks) and, of the five One Direction, they win Harry e Louis. Among the famous Kardashian sisters she is the most popular Khloe, while among the Hollywood stars in pole position there are Channing (Tatum) e thousand (Kunis), especially after the success of two films that saw them as protagonists, Step Up e The black Swan. In the first place of the "cinematographic" registry, the queen is always her: Scarlett Johansson.

Read also: our database of names for children
TAG:
"Tenderness of love", the world of motherhood in Elisa Cogotti's photos ❯

add a comment of Baby name trend: now they take it from TV series!