Baby names, here are what are prohibited in various countries of the world 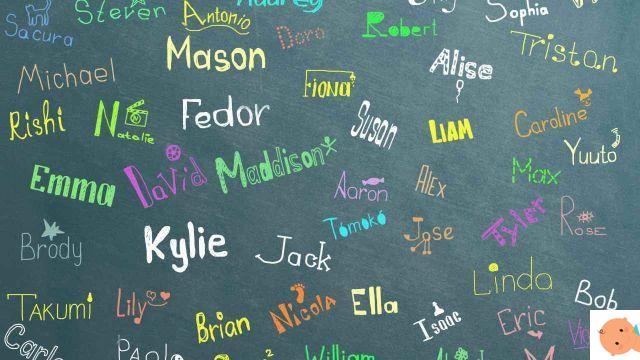 A few years ago in Del Paese a couple of parents were prevented from calling their son Friday; two courts in France last week said no to the names Nutella and Fragola. But which names are prohibited in the various countries of the world? Here is a list, with real cases of approved or rejected names in the four corners of the globe found on the Net. (Find out the meaning of the names)

In Iceland parents must choose between a list of 1.853 female and 1.712 male names, and for any exceptions it is necessary to request the authorization of a special commission. In addition, it is necessary to respect some grammatical restrictions, use only letters of the Icelandic alphabet and choose names that do not cause embarrassment to children.


No: Harriet (cannot be married); Duncan (the letter "c" does not exist in the Icelandic alphabet).

In New Zealand baby names must be approved by the government and "must not cause offense to other people, must not be too long and must not resemble titles and ranks".

The law Swedish requires that baby names be approved by the government, and cannot be "if they can cause offense or embarrassment to the bearer, or if for obvious reasons they cannot be considered a name".

Yes: Lego, Google (See also The 60 Most Popular Names Among Foreign Moms Resident in the Country)

In Japan authorities can reject a name if they deem it inappropriate; it is also forbidden to impose a second name. The name can also contain only one or more of the 2.232 government-approved kanji characters.

In Denmark parents can only choose from a pre-approved list of 7 names. If they want a different name for their child, they must obtain special permission from their parish and then submit the application to government offices.

In Germany the law states that names cannot cause embarrassment or ridicule the child. Surnames, product or object names, or names that do not clarify gender are prohibited.

In China parents must choose names with characters that can be read by computer scanners (to make computerized control of identity cards possible); non-Chinese numbers and characters or symbols cannot be used

No: @ (in Chinese it is pronounced "ai-ta", which has a similar meaning to "we love him"). (See also The 20 Most Popular Names in the US, According to babycenter.com)

The parents Portuguese they must choose from a list of names chosen by the Registry and Notaries.

In Mexico Names considered "pejorative, discriminatory or nonsensical" are prohibited to protect children from bullying caused by their name.

In Malaysia laws governing baby names have been tightened up since 2006, when a list of "undesirable" names was published because they do not respect the country's religious traditions.

In Saudi Arabia A list of 50 names that were banned because they were "blasphemous" and "inappropriate" was published. Between these:

The most common names in the world

In Del Paese the most common baby names are Giulia, Sara, Francesco and Alessandro. And in the world? Are classic names in fashion like in our country? Discover the most used names in ...

add a comment of Baby names, here are what are prohibited in various countries of the world