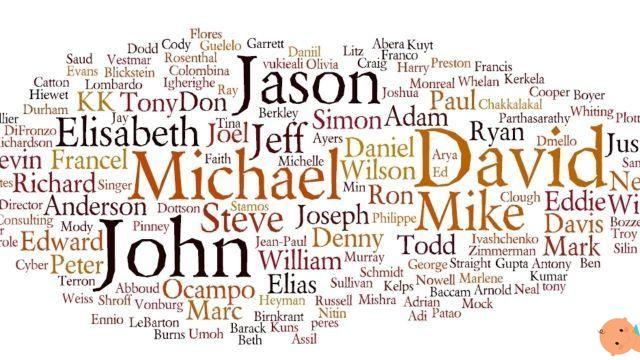 Are you thinking about the name to give to your baby on the way but would not like to opt for too traditional choices? Then try reading this list of beautiful and decidedly particular male names: between exotic alternatives and winks to the past, your search may finally have come to an end ...

Read also: The 100 (and more) baby names most loved by parents at mymodernparents.com

The names that wink abroad sometimes they risk appearing a little too over the top, but these are definitely cool:

Ancient and not old, fascinating and not gaudy: here is a list of old fashioned names, which still today maintain an aura of authority and style and which can hardly be transformed with diminutives or nicknames.

add a comment of Beautiful and peculiar male names