Because it's important not to brag too much about your children 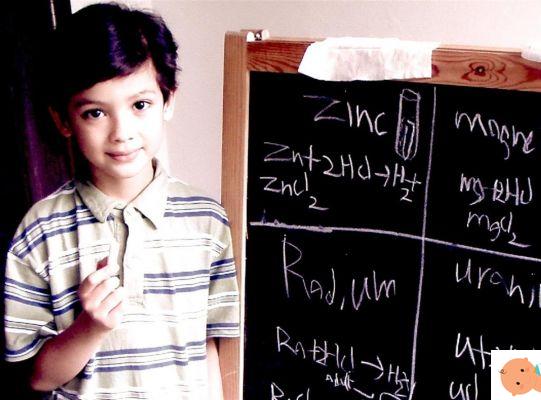 "But my son is a math genius" exclaims at the playground a mother of a child who still does not go to school. "And your daughter, is she already reading?" she continues another, referring to the four-year-old girl. "My already reads whole sentences!".

We are all a bit hammered by the achievements of these perfect little children, by advertising but also by the videos that Facebook or YouTube offers us, not to mention the neighborhood chatter between mothers. Who has not been faced with the skit of two mothers talking to each other saying: "Look how good my daughter is at math." "Mine, on the other hand, can count up to 100!". And maybe he even felt a little diminished.


In today's society, it is a constant comparison of one's own children with those of others. And brag with phrases like, "Oh, my son slept all night and never woke up" or "My son never had a tantrum."

How to raise happy children: 7 PRACTICAL tips from Harvard University

All parents want their children to grow up realizing their talents and be happy. According to researchers at Harvard University, these goals are achieved ...

Boast as a cultural factor

Now this boasting of their children has become a cultural factor, explains University of Pennsylvania sociologist Anette Lareau, PhD. And it also goes against a healthy and just idea of ​​modesty and respect for others.

Education, 10 ways to give children a GOOD EXAMPLE

Our children look at us, let's never forget that. And they imitate us. "All our actions as parents are perceived by our children as normal. But we do not only educate ...

Lareau is a scholar of the habits and habits of parents today and argues that mothers and fathers of this millennium, especially those of the middle class, see their parenting as a "parenting project", something to be planned and regulated.

"In a sense, the expectation that is formed in parents for something their child does is even stronger than that of the child himself," continues Laureau. "And the whole thing becomes something very competitive. In practice, we are left worse off by the parent for the loss of the child's soccer game than the son himself. Who enjoyed himself anyway, because he played with his friends.

Focus on the child, not the results

It is important to focus on your child as a whole. And not just on his results. This is explained by psychiatrist Alvin Rosenfeld, co-author of the book "The Over-Scheduled Child: Avoiding the Hyper-Parenting Trap".

"Many focus on their child's accomplishments and not on the child as an individual," Rosenfeld continues.

"The problem is, when children are evaluated only for their achievements, they live only to satisfy the fantasies of their parents and not for who they are as individuals."

How to deal with a parent who brags?

But what to do then when you are in front of a parent like that? Can a "Wow, great" fit?

As mom Hilarie Atkisson, of Alameda, California, explains, her strategy is to respond with a "Wow that's great". That's all. By avoiding comparing her own child with that of the other mother, she behaves in a way that she hopes her son will adopt too.

Furthermore, it relativizes everything. "I know that anyone who goes to school and has an education will sooner or later learn to read and write. It doesn't matter if he reaches this milestone when he's four, five or six."

What can a parent do then? The answer, in 4 points.

TAG:
Why it is important to remember the Day of Remembrance with children and young people ❯