Because women stand up for violent men 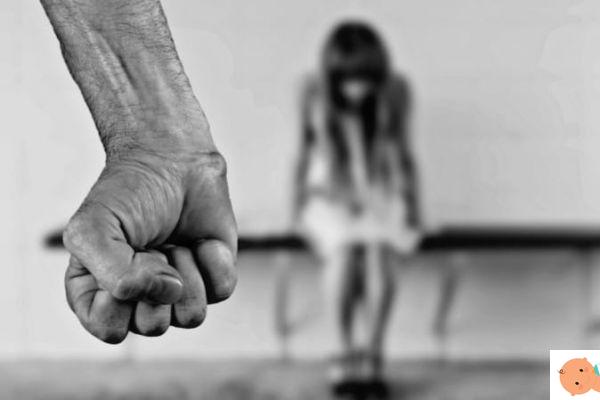 Over one hundred women in Del Paese are killed by men every year, almost always those who claim to love them. And ai femicides are then added violence which escape the data but which, if not stopped in time, risk causing many more victims. Thousands of women are attacked, beaten, persecuted and scarred. Almost 7 million, according to Istat data, those who during their life have undergone a form of abuse.

But one of the most disturbing aspects of this phenomenon is the fact that many of them defend the executioners: they deny even in the face of the evidence that it was the husband, the boyfriend and the partner who committed the violence. Few have the courage to denounce, as did Lucia Annibali, the lawyer from the Marche region scarred with acid by her ex-boyfriend Luca Varani (her experience is told in the book "Io ci sono", which has also become a film starring Cristiana Capotondi) .

We asked ad Annalisa Carrera, psychologist and psychotherapist, founder of Helpingmama.com, to explain the reasons for these silences.

Read also: How to raise respectful sons of women

«One of the possible reasons for the victim's coverage of the violence is the fact that the woman in question may have had reference figures in her family history (father, brothers, uncles) who acted in the same way as the current partner. To you then these abuse they turn out in some way lawful and family members, they are not behaviors that move away from his imagination ». But there is not only a complex past: also there fear of being abandoned and a form of emotional immaturity they can play an important role: "the same mechanism that is activated in children who are victims of maltreatment can also be put into action: it is inconceivable for them to report their parent".

How to recognize a potentially dangerous man? “One of the signs to pay close attention to is the consistency a man keeps between what he says and what he does. An example? To say that her partner is one of the most important things in her life but in reality he treats her as an object of possession and not as a person with her liberties. Also there extreme jealousy, the outbursts of anger and the tendency tohypercontrol are alarm bells. On the psychological level then the "harmful" husband tends to isolate the woman, to make scorched earth around her with friends and relatives. He wants to crush her and have power over her. "

There are some phrases that a man potentially harmful to his partner usually pronounces:

Attention also to apologies which are often used to justify violence by the man himself:

The idea behind the "Weapon of Choice" project, the choice of weapon, is to create a visual representation of the emotional damage that verbal insults can do.

HOW TO DEFEND YOURSELF FROM A VIOLENT MAN

«If you find yourself next to a friend who is going through this type of experience, you have to try to get her to talk and tell what happens at home. With the right delicacy and sensitivity you need to make her understand that this is an anomalous situation and that she needs help ».

For all women who notice attitudes that can make them suspicious: «If your partner's conduct is a little over the top, try to talk to him and find out if there are any concerns or thoughts that lead him to behave like this. If the behavior goes beyond temper tantrums and leads to violence and mistreatment, talk to them right away. family and trustworthy people: do not go beyond the justification of an episode, also turn to one psychologist or to a Specialized center».

READ ALSO: Eight tips to educate children to respect others

WHY A MAN GETS VIOLENT

"There is no single reason: usually because the family may not have received an adequate emotional education, and therefore have lived in a context poor in emotional and affective stimuli. In some cases, then, he may have been the first victim of mistreatment himself or have seen similar situations in the family "and then put them back into action, as if they were the only possible reality, because the only one he knows.

Can these men change? «As a psychotherapist and believing in change, I say yes, as long as the person who comes to therapy has within him the motivation to change his attitude and to understand that the conduct held up to now must necessarily be changed. In particularly serious cases of violence, the women who have always been close to him must move away ”.

How to help them? «We must direct them towards a therapeutic help, in order to make them aware of what they are doing and what they have done. In addition to the figures of the psychologist and psychotherapist, there are centers such as "The circle of men" or the Billy Elliott project, sponsored by the association of psychologists of Lombardy and set up by the active methods association and the De Micheli Lanciani Motta studio ( occupational psychologists): this is an ad hoc project to raise awareness and prevent episodes of violence on the part of men ".

TAG:
Why does my child not want to study? ❯

add a comment of Because women stand up for violent men