Beckwith-Wiedemann syndrome: what it is and how to deal with it 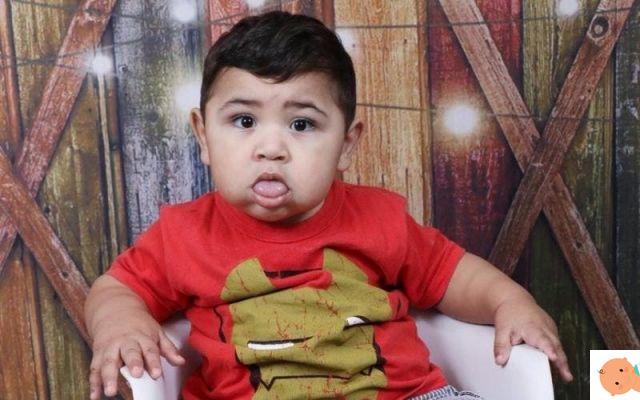 Beckwith-Wiedemann syndrome: what it is and how to deal with it

La sindrome di Beckwith-Wiedemann was discovered in 1964: the main clinical manifestations consist inovergrowth or of the whole body or part of it and in the increased risk of developing childhood cancers in internal organs, such as kidney and liver. Although much progress has been made in the diagnosis and treatment of the disease, there are still many aspects to be understood. We talk about it with Pier Tannorella, researcher at the Auxologico Del Paeseno Institute, winner of an award dedicated to research on this syndrome assigned by AIBWS - Associazione Del Paesena on Beckwith-Wiedemann syndrome.

What is Beckwith-Wiedemann Syndrome

"Beckwith-Wiedemann syndrome (BWS) is a rare genetic disease: an incidence of one case every 10 thousand. Its main feature is theovergrowth: Babies tend to outgrow, are born older, and often have the macroglossiaOr l 'swelling of the tongue. Furthermore, there is often a different rate of growth of one limb compared to the other and some children have to suffer for this limb operations; another problem unfortunately is the most high incidence in these children of some pediatric tumors".

Read also: How to face the risk of a genetic disease, the advice of the psychologist

What are the symptoms?

"The visible symptoms, as anticipated, are related toovergrowth. One is observed in the child abnormal growth of arts, in addition to the swelling of the tongue. In addition to those just mentioned, the syndrome may present other minor symptoms, but which rarely occur simultaneously in the individual. All symptoms often link to oncological problems. In particular, they are associated with the BWS syndrome Wilms tumor (to the kidney) andepatoblastoma (liver). Furthermore, in the prenatal period, some children have a defect in the closure of the abdominal wall".

And what can be the causes of the onset of this disease?

"The causes are genetic e many. It is not a classic genetic disease, such as cystic fibrosis, caused by a single gene mutation. In the case of Beckwith-Wiedemann syndrome they take over genetic mechanisms and/or epigenetics more complex at the level of chromosomal region 11p15.5. There are 4 main molecular subtypes, which are associated with a more or less severe clinical picture due to the various symptoms. For example, for the predisposition to tumor development ".

Read also: Preconception exams: what they are and why it is important to do them before pregnancy

What are the life expectancy of a child with Beckwith-Wiedemann syndrome?

"Fortunately, life expectancy is high. It all depends on the overcoming problems in Early childhood and in the growth phase: if they are overcome, the person can then have one normal life, while naturally continuing to be monitored, especially as regards the course of any oncological consequences, which, however, as we said, concern the onset of childhood cancers. From adolescence onwards, the cancer risk decreases a lot. As for overgrowth, the limb operations they block the excessive growth of the moles early life of child. Also there macroglossia may take a surgery, always in childhood. Therefore the life expectancy of the child depends on the overcoming and the progress of his first years of life ".

Is there a particular genetic predisposition of the parents that can determine the development of this syndrome?

"In most cases, as far as we know to date, no. The syndrome it is not hereditary, if not in one very small percentage of cases. What we can say is that there is an association between births from assisted fertilization and the onset of BWS syndrome. In addition, mothers of children suffering from this disease often have some reproductive problem; for example they may have a difficulty in conception and different spontaneous abortions. We are currently investigating the possible existence of genetic variants in mothers who can predispose the onset of the syndrome ".

Is amniocentesis indicated for the diagnosis of this disease?

"It depends what we mean by amniocentesis. Whether amniocentesis is performed for maternal age and only the chromosome map, BWS cannot be recognized. If amniocentesis was advised following finding in echography di omphalocele (already visible from the thirteenth week of gestation) or of placentamegaly o macroglossia, then specific tests can be performed in specialized centers like ours, to verify or rule out the diagnosis. Antenatal diagnosis is also recommended in those very rare cases where the parents are healthy carriers of a genetic defect which gives them a reproductive risk ".

Is it possible to develop this syndrome in a mild form?

"Yes, it is possible. Beckwith-Wiedemann syndrome develops in various forms. Some children do not have major limb problems, but only one slight discrepancy which does not require special care or interventions. In these cases, the use of a orthopedic insole. Likewise, one can present itself macroglossia dear that can be solved or mitigated with a little bit of speech therapy or an intervention by orthodontics to widen the palate. As mentioned earlier, the degree of intensity of the disease is related to the type of genetic defect. The study I am carrying out aims to identify new correlations between the BWS and its symptoms, in order to be able to to monitor some aspects that are currently not taken into consideration ".

Pier Tannorella she is 36 years old, she graduated in Molecular and Cellular Biology at the University of Pisa and finished the specialization school in Medical Genetics at the University of our city. She is the winner of the second edition of the "Simone Casapieri" award, dedicated to degrees and doctorates who deepen research on Beckwith-Wiedemann syndrome. She assigns it AIBWS, the Del Paesena association which represents about 250 families with children affected by this rare genetic disease.

TAG:
Brugada syndrome: published the first study on the effects of heart disease on the Under 12s ❯

add a comment of Beckwith-Wiedemann syndrome: what it is and how to deal with it