Belly aches and period pains in pregnancy: what do they mean? 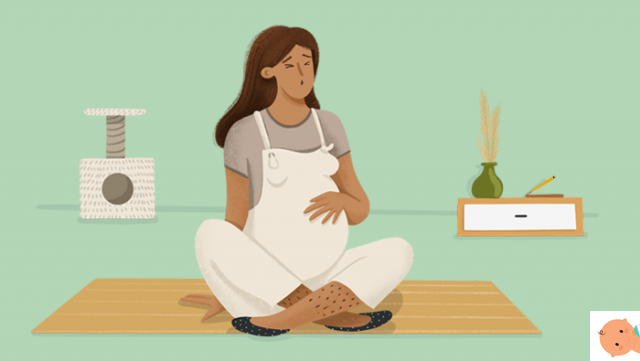 When you are expecting a baby, there are many fears and worries: will it be okay? Will it grow properly? Especially if it is the first time, expectant mothers pay attention to every detail and to all the slightest changes in the body. For example: it is normal to try menstrual pains in pregnancy?

What is meant by menstrual pain

The term menstrual pain is actually used to identify all those discomfort, more or less severe, involving the female reproductive system. How many times does it happen to a woman to feel pain at the height of the pubis, or on one side, or even outside, on the vulva?

The reals menstrual cramps they are obviously the ones you try because they are linked to cycle, then in the premenstrual phase and then in the first days of menstruation. If the pains appear at other times, it could be ovulation, or something else: simple issues such as intestinal problems (particularly irritable bowel), or even cysts, adhesions, pathologies. It is always good to get checked if, in the absence of pregnancy, the pains are frequent, strong and persistent beyond the menstrual period.

Cycle on the way or pregnancy?

The so-called menstrual pains can be confused with those of pregnancy, so even before having a positive test in hand: but how do you recognize them? It's actually nearly impossible, at least before you're late. This is because the stomach ache, or "ovarian disease" that occurs in the luteal phase has the same origin whether conception has occurred or in the event that the period is about to arrive, because it derives from the hormonal work that the body puts in place to thicken the endometrium.

If the pains continue

It is completely normal, therefore, especially in the first phase, to try gods pains reminiscent of menstrual ones. From the moment of implantation - which can also result blood loss - Beta hCG begins to be produced and the body changes dramatically to accommodate the new life. The walls of the uterus thicken to ensure optimal engraftment of the embryo, the uterus itself begins to grow to make room for new life.

Causes of Menstrual Pain in Pregnancy

As we said, therefore, it is normal to try pain in the ovaries and of the uterus during the early stages of pregnancy, which is very reminiscent of what one feels before or during menstruation. The pains may also not be linked to pregnancy but have other origins, perhaps always due to the influence of hormonal changes which can have consequences on the whole organism, for example on the bladder and intestines.

When to worry about stomach ache in pregnancy

However, there are also cases in which the menstrual cramps could be a wake-up call. The pain, in fact, should be limited, bearable, never excruciating. If you feel pains, cramps or often have an annoying sensation, everything is normal. However, if the pain is sudden and very severe, and even more so if it is accompanied by other symptoms such as bleeding, it is advisable to see a doctor. In fact, the risks are:

There are also other conditions that could be accentuated in pregnancy, such as the torsion of the appendages, that is, the twisting of an ovary around the ligaments and tissues that support it. Therefore, if the pain is unbearable, onset suddenly and perhaps accompanied by other symptoms, go to the emergency room or to your doctor.

I menstrual pain during pregnancy they are completely normal and are due to the changes enacted by the gestation itself. Sometimes they depend on other parts of the body, other times - when they are unbearable and sudden or accompanied by blood loss - it is good to see a doctor.

add a comment of Belly aches and period pains in pregnancy: what do they mean?