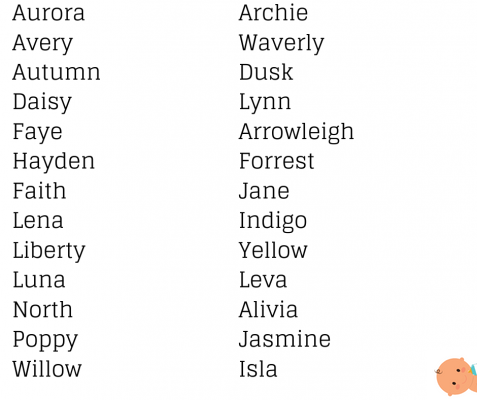 Do you like bohemian and hippie names? Are you unconventional and want to give your son or daughter a name that reflects your soul?

We have selected a number of nomi bohemian and hippie masculine and feminine, in order to help you choose the one you like best.

Male bohemian names are related to the world of art, creativity, literature, music, spirituality. Here are the most beautiful, with their meanings, for you.

Are you looking for bohemian names, inspired by artists, famous and creative women, mythological figures? Here are some tips for your little girls.

Curious about the coolest male hippie names? Here are some really beautiful and alternative and straight from the seventies.

Are you expecting a baby girl and looking for a hippie name? Try reading the ones below and their meanings.

What are the most hated baby nicknames?

The names for children banned in the world