Breastfeeding herbal tea: which ones to drink and what they are for 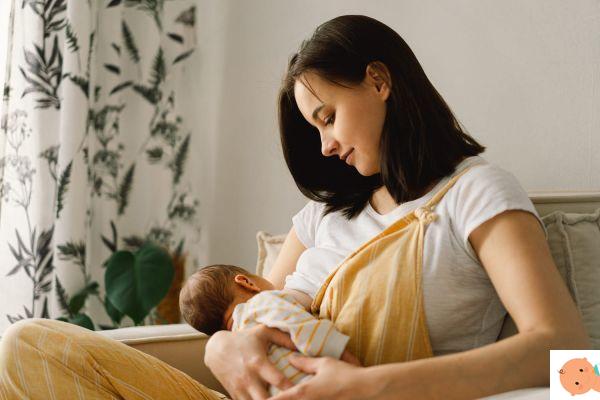 Breastfeeding herbal tea: which ones to drink and what they are for

When a woman decides to breastfeed she asks herself many questions: will my milk be enough? Breastfeeding will it be painful? Will I have difficulties? What Can I or Can't I Eat While Breastfeeding? Today we talk about the breastfeeding herbal tea, the benefits, the contraindications and which ones you can consume.

What passes from the milk to the baby?

For a long time it was believed that the food taken by the mother breastfeeding could, through the mother's milk, pass to the baby. However, these beliefs have been overcome and there is no reason to worry: if you eat legumes, your child will not have colic. Obviously the recommendation from the medical community is to feed on one varied and balanced diet, like the Mediterranean one, both to recover strength after pregnancy and childbirth and to face the new life with the baby with the necessary energy.

Let's dispel another myth: you don't need to eat more while breastfeeding, because milk production is independent of the calories consumed. Sure, indulging your hunger with healthy snacks only has benefits, but it doesn't affect your hunger milk production, if anything, on the energy and strength of the mother.

Instead, we must pay attention to caffeine and to alcohol, which pass into the mother's blood: consuming it in moderate quantities, however, has no consequences on the baby, especially if the intake takes place away from feedings.

The baby feels the flavors through milk

It is true, however, that what eat mom affects the taste of the milk, which can change. This does not mean that certain foods should be avoided because the little one may refuse milk but that, indeed, the more different tastes he tries the more he will be ready to face the weaning phase and to taste new foods.

Read also: Going back from infant formula to breast milk: I succeeded!

The importance of drinking while breastfeeding

Just as it is important to eat right, eat a varied and healthy diet and not overdo alcohol and caffeine, it is equally essential to drink enough to hydrate. This rule always applies, but for the breastfeeding women more and more. This is because 85% of the breast milk is made up of water, which is not reintroduced into the body except through the response to the stimulus of thirst, which however many women ignore. For this, in addition to drink water many breastfeeding mothers may be tempted to consume herbal teas, which have the advantage of having a taste and being hot.

Le herbal teas they are a great alternative to simple water, which not everyone likes, especially if they prefer to avoid plastic packaging and drink that from the tap. But they can drink herbal tea while breastfeeding? The answer is: it depends. It obviously depends on the type of herbal tea, because being based on herbs, not all of them are recommended during breastfeeding. The best thing to do is to talk to your own gynecologist and ask which herbal teas she recommends or, on the contrary, she prefers to be avoided, before buying one.

Read also: Water: tap or bottled, 8 things you need to know before choosing which water to drink

On the market there are many herbal teas of well-known brands that advertise a increased milk. Among the best known there is certainly that al fennel, which however divides the medical community: for some it really works, for others it is to be avoided because it contains acharlo.

In general, however, the herbal teas sold in pharmacies with indications for breastfeeding do not have contraindications, although you shouldn't expect a increased production only thanks to those. Milk can increase, in fact, thanks to higher hydration and a more frequent attack of the baby at the breast.

There are many herbal teas granted, even those diuretic, such as mallow, horsetail, thistle, anise, galega and fenugreek, but remember that it is always best to consult your doctor before ingesting any type of herbal solution.

La breastfeeding herbal tea is an excellent ally for mothers who are breastfeeding and in need of rehydrate with at least two liters of water a day, but before consuming one it is better to consult the gynecologist.

Foods to avoid while breastfeeding? Let's be clear

Herbal Teas during Pregnancy and Breastfeeding

Taking off the diaper: what if she no longer does her business? ❯

add a comment of Breastfeeding herbal tea: which ones to drink and what they are for