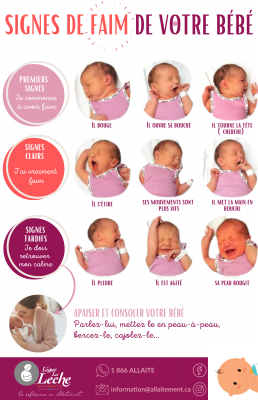 The baby has grown less than the standard, but she doesn't want a bottle

“My daughter is two months and a few days old. Yesterday I went to the pediatrician and she told me that she has not grown as she should have grown, and so I have to add infant formula to my breasts. But my daughter doesn't want to know, she doesn't know how to suck, I've been nervous since yesterday, because she skips the feedings, since she doesn't want to suck from the bottle. How should I do? " (Mary)


Riccardo Davanzo, neonatologist at the Trieste hospital and breastfeeding expert, says: “First of all, we should know how exactly the child has grown and how long the poor growth has been observed.

If it's a short-term problem and the baby doesn't want to take the bottle, it's worth the wait, trying to attach the baby more often and see what happens. Sometimes it happens to find a stop in growth for one to two weeks, which then recovers without problems in the following weeks, perhaps with a double weight gain.

On the other hand, the little girl has already made her choice, refusing the addition in every way, so it is useless to insist and complicate her life on her own. If she grew up until a few days ago, it means that her mother's milk was enough for her.

The suggestion that can be given is to stay calm and try to feed more frequently, in order to adapt the milk production to the requests, and in the meantime check that the urine production is abundant, with 5-6 wet diapers a day, a sign that the milk drunk is sufficient. Most likely in a short time it will resume its correct growth ". Read also Breastfeeding, advice for new mothers

At night the baby wakes up to look for the breast: will it be the teeth or will it be hungry?

“My son is nine months old and he is still taking my milk, but he has been woken up very often at night for ten days; will also be the teeth but he is constantly looking for the breast. I went to the pediatrician, who advised me to give him follow-on milk with two biscuits. Am I right to give formula for the first time at nine months? Many mothers switch to cow's milk diluted with water .... Furthermore, my intent was to give them my milk for up to a year! But I am also afraid that it has decreased both due to the decrease in feedings and the stress due to sleepless nights! " (Antonella)


“The child is at an age where he has certainly already started eating baby food, so mother's milk is no longer the exclusive food. Precisely for this reason the use of artificial milk is not essential.

Why does he wake up then? The reasons can be many: it can be sleep disturbances or small nightmares, completely normal, it can be the teeth, which, due to their novelty, create discomfort for the little one, but it can be simply the desire to be close to the mother and request her presence.

It is recognized that breastfed babies have a physiologically lighter sleep than bottle-fed ones, plus they get used to being reassured and satisfied in their needs with breastfeeding. In all cases this attitude should not be considered as a regression, but as a normal and passing phenomenon.

So what is the solution? Try to increase solid and semi-solid foods in the evening, if the child likes them, so as to be sure that he goes to bed full and hoping that on a full stomach he sleeps more. And if he wakes up at night, accept these awakenings by attaching the baby to the breast, without stressing too much: sometimes it only takes a few minutes to calm him down and be able to go back to sleep, rather than continuing to make him cry while waiting for him to stop.

As for infant formula, he might only respond to the desire to eat, but it wouldn't solve his desire for cuddling and reassurance, so it wouldn't actually solve the problem.

In any case, if the mother wanted to use the addition, a follow-on milk should be used, not cow's milk, which, although diluted, is not suitable before the age of one year ".

Read also the Special on Breastfeeding

Ask mothers for advice on the mymodernparents.com forum, in the Breastfeeding section

TAG:
Breastfeeding, drink a lot: the importance of hydration ❯

add a comment of Breastfeeding: When Is Addition Really Necessary?