Can i drink wine and other spirits while breastfeeding? 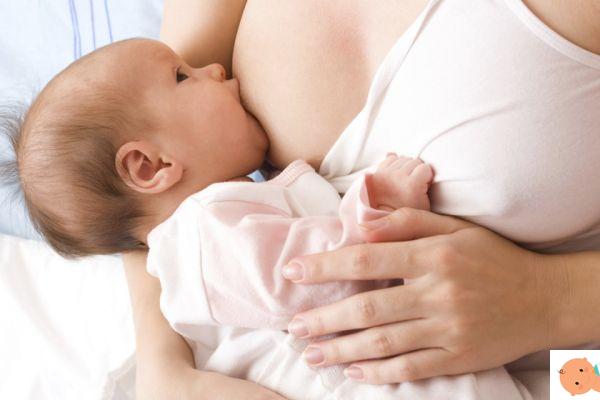 Wine and alcohol in breastfeeding

After giving birth to many mothers who during pregnancy had to give up food and other things for the sake of the child, they make up for lost time: there are those who immediately want a plate of sushi, those who want a sandwich with raw ham, those who still rekindle the first cigarette after nine months. And who, on the other hand, drinks a cold beer. Today we talk about wine and alcohol in breastfeeding.

Given that every woman does everything to guarantee the best for her children, even her moms are human beings! We must stop with the image of sacrifice which still today makes many women feel guilty because they cannot give up - at least, not completely - on themselves. Feel like drinking a glass of wine during a dinner with her husband or loving an aperitif on the weekend is completely normal: the important thing is, mothers or non-mothers, do not overdo it and think about your health. So, if you are part of that group of women who just give birth would like to be there birretta, don't worry: you are not alone! But how is it done if you are breastfeeding?

Before even talking aboutalcohol in breastfeeding, let's take a step back: it is absolutely forbidden to drink alcohol during pregnancy, even a small glass, even if you are used to drinking and "stands up". Pregnancy completely alters the mother's organism and there is no telling how she will react to even a simple 4-degree beer. Avoid drinking so as not to risk compromising your child's health.

As it regards instead breastfeeding, even in this case it would be better to avoid it, because alcohol, whatever, passes into the breast milk. Obviously, let's overlook the possible ones effects of alcohol on mom, which therefore may have difficulty caring for the baby (in the most serious cases, but remember that 9 months without alcohol could feel!).

The amount of alcohol present in breast milk is practically that present in the mother's blood, from here you can draw simple conclusions on the importance of really limiting the amount to a minimum. alcohol consumption.

How much alcohol is allowed when breastfeeding

That said, the Center for Disease Control and Prevention claims it is allowed one alcoholic unit per day, i.e. 10-12 grams of ethanol (a can of a light beer, a glass of wine, a shot).

For the Del Paesena Society of Gynecology and Obstetrics, however, it would be better to limit oneself to two glasses of wine a week.

Also, it would be important to drink away from feeding: alcohol enters the circulation after about half an hour and remains there for a couple of hours. For example, if you plan to drink, you could breastfeed sooner, remembering to drink plenty water to dispose of alcohol faster.

It is a common belief that the beer "would make milk". But this is absolutely not the case, so it is best to avoid drinking beer for this purpose. If you really don't want to give up the flavor of hops, you can try the 0 alcohol beers which are easily found on the market, but will not increase breast milk production.

Alcohol and risks for the baby

Consumption of only one unit of alcohol can reduce also of the 20% the production of breast milk (just think that alcohol dehydrates). If you go beyond one unit, the milk production mechanisms could be compromised because those that command oxytocin and prolactin would be. In addition to reducing milk, higher amounts of alcohol could affect the child's sleep-wake rhythm, growth and, later on, school learning.

In essence, drinking alcohol while breastfeeding it is strongly discouraged. You can consume only one unit, preferably sporadic, taking care to do it immediately after the feeding, in order to space the next one and allow the body to dispose of the alcohol.

Is it safe for mothers to breastfeed their infant if they have consumed alcohol?

Can massages be given when breastfeeding? ❯

add a comment of Can i drink wine and other spirits while breastfeeding?