Can you get pregnant while on your period? 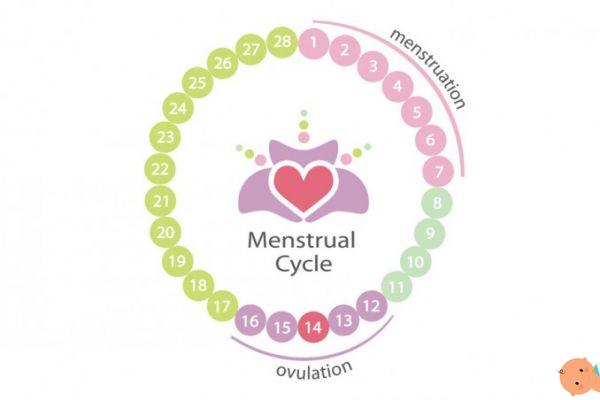 Can you get pregnant while on your period? It is more difficult but not impossible. He explains it to us Anna Maria Paoletti, professor of obstetrics gynecology at the Department of Surgical Sciences of the University of Cagliari.

Can I get pregnant with my period? The answer in the podcast

Can you get pregnant while on your period? Answered by Dr., midwife at Studio Intreccio Treviglio.
Everything you need to know between the follicular and luteal phases, ovulation and fertile days. Facebook page

Because it is possible to get pregnant during your period

"The spermatozoa are able to survive for a while in the female genital tract and during ovulation they can meet the female gamete and thus give rise to fertilization and conception".

Then a Yup, you can get pregnant even if intercourse occurs during the menstrual cycle, although this is less likely to happen.

In practice, the professor clarifies that "if you have sexual intercourse 6-7 days before ovulation you can become pregnant". Otherwise said, "if the cycle lasts seven days and you have sexual intercourse on the sixth day, after seven days there is practically ovulation, so there is the margin of time for the spermatozoa to survive and in the middle of the cycle, in practice during ovulation, they find the ideal conditions to be able to go back up to the tube and meet the oocytes ".

Is it possible to get pregnant with intercourse just before the period?

You can't get pregnant instead, or at least theoretically it is more unlikelyif you are having intercourse just before your period: "because the oocyte is actually gone by now, so to give rise to a conception the sperm would have to meet and fertilize the oocyte of the next menstrual cycle".

To be clear, if I have my period tomorrow and have intercourse today, a pregnancy is very unlikely. On the other hand, having intercourse during your period does not rule it out, because the sperm can actually meet the ovulation egg in progress.

And can you get pregnant and have your period?

"The cases of menstruation during pregnancy and usually they are blood loss different from the classic menstruation proper "states Paoletti." They can be linked, for example, to a threat of abortion or an ectopic pregnancy (ie outside the physiological site), or to the fact that the endometrium has not yet been completely covered by the placenta and then some small flaking may occur. But it's very rare. "

What should I do if I have blood loss but the pregnancy test is positive?

Advice, then, è: in case of a positive pregnancy test and blood loss, do promptly a control.

What should i do if i am trying to get pregnant?

If you are looking for pregnancy

Ultimately, however, to those who want to get pregnant, Paoletti advises to have very frequent sexual intercourse (obviously around the period of ovulation, but not only: since ovulation changes a few days over time, the probability increases if you have intercourse very often).

Read also: How to get pregnant: 13 tips to increase fertility

If you don't want to get pregnant

On the contrary, for who does not want a pregnancy, the solution is not to have intercourse during your period, but to have protected relationshipsusing a contraceptive. But it is good to remember that only the use of condoms (male and female) serves to protect against sexually transmitted diseases.

Pregnant without knowing it, is it possible?

Carrying a baby and not realizing it can happen, especially at an age when you don't have much perception of your body. if the signs of pregnancy are not so obvious, mistake a stomach ache or a little nausea for transient complaints. To this is added the fear of an event that one is not ready to live, which leads to ignore certain signs that for another woman would be unequivocal. It can also rarely happen that in the first three months of pregnancy there are losses similar to a short cycle of 1-2 days, commonly referred to as 'change of the month'.

Can you get pregnant on the first day of your period?

Yes, it is difficult but not impossible.

Can I get pregnant on the last day of my period?

Yes, if you have a cycle that is six or seven days long, there is the time margin for the spermatozoa to survive and in the middle of the cycle, practically during ovulation, they find the ideal conditions to be able to go back up to the tube and meet the oocytes.

Can you get pregnant the day before your period?

On the other hand, you cannot get pregnant, or at least theoretically it is more unlikely, to get pregnant if you have intercourse right before your period.

TAG:
Is it possible to go out with a newborn in fog? ❯

Premenstrual Dysphoric Disorder: What is this form of depression that affects some women before their period

add a comment of Can you get pregnant while on your period?