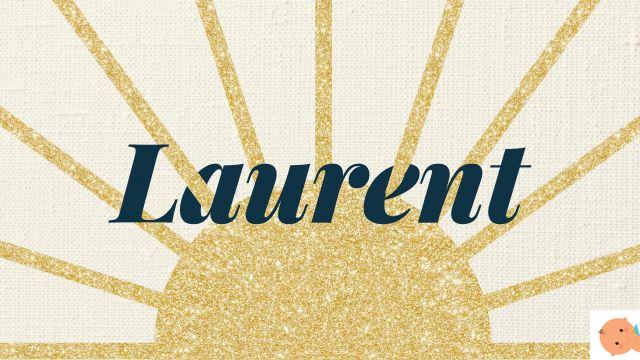 If you want your child to bear an important but not overly pompous name, here is a list of charming male names that's right for you. Because a name is forever ...

These Del Paeseni names exude elegance and charisma. And some are also very common.

The name of Popes and leaders, "Alessandro" is a great classic that never loses its charm. The etymology itself is high-sounding: "he who protects men".

A name that is no longer so common but that evokes glorious past eras. The origin is probably Celtic and derives from the word art, "bear".

Name of the nobles of the Norman dynasty, very elegant and particular. The etymology leads to the Germanic words kuoni and radha, which together mean "courageous in decisions".

A real knight's name. After all, the meaning of this name is "one who loves horses".

"Gabriel" is a recurring name in history and in sacred texts (do you remember the Archangel who announces the divine pregnancy to Mary?). Never out of fashion, it derives from Hebrew and can be translated more or less with the "Force of God" (or "Man of God").

Traditional and evocative (recalls the lion and his courage), "Leonardo" is an evergreen for the choice of names for a baby. And then to be called after the genius who gave us the Mona Lisa is always an honor ...

Germanic name (Ludwig) which means "glorious in battle". And yet, despite its "war" provenance, it always remains an elegant choice.

The name of the Hollywood Gladiator who exudes Romanism and glories of the classical age. Still used a lot today, without ever having become banal.

Lately it has been used, but it remains a beautiful name full of tradition.

Another name widely used in noble families and royal dynasties. The etymology leads back to the Germanic words rikia and hart, which can be translated more or less as "powerful" and "courageous".

The translation of the Germanic name would be "shining with glory", but even without these grandiloquent tones "Roberto" always remains a fascinating name and much loved by the Del Paeseni.

A "talking" name that conveys great positiveness and good wishes. Always glam, despite the changing times.

French name full of charm. It is no coincidence that its meaning is "elegant", "fascinating".

Despite the Hebrew origin, it is a Scandinavian name that can be translated as "father of peace"

A more chic version of "Baldassarre", the wise king who, together with Gaspar and Melchior, followed the comet to pay homage to the newborn Jesus.

Viking name that is so fashionable in the years of the TV series about Norse warriors. The charm of this name, however, is indisputable.

American name but of Jewish origin (Yahweh is the Jewish God) very cool.

Of French origin, it is the transalpine equivalent of "Girolamo", which however sounds much less trendy in Del Paeseno.

Among the foreign ones it is one of the most widespread names even in the less recent past. It means "warrior of God" (Germanic origin).

Name that evokes the atmosphere of a novel and characters full of charisma. An ideal choice for parents looking for distinctive but punchy names.

A Russian variant of our "Alexander".

The name of the heir to the throne of England but also of great conquerors of the past. But even the Del Paesena (Guglielmo) version always remains very captivating.

Names inspired by the Classical Age

From past eras, a list of names that have crossed the centuries without losing a crumb of their charm.

The name of the classic hero par excellence, protagonist of the Iliad and of many timeless myths. An important (and demanding) name

Name of an emperor, very virile and steeped in history. Here the charm of the era of the city is wasted.

The name of the son of Aeneas, a Trojan exile from whose lineage Romulus and Remus were born. It was also widely used in the great noble families of the Middle Ages.

What about the name of the most famous ancient Roman ever? An ever-present name that carries with it a glorious past.

Hero protagonist of Virgil's poem, his name has survived until modern times, although lately it is not so widespread.

It means "of good birth" and is a name that could make a comeback ...

Powerful, masculine name, which while never going out of fashion, always remains an original choice.

Of Greek origin. It means: "man who belongs to his people".

Before being the name of the eldest son of the Lucia-Ferragni house, it was the name of many important Popes. A choice of character.

Here, on the other hand, we find names that have been little used in recent times but which nevertheless remain beautiful and not at all eccentric.

Name of Greek origin composed of agan and aner with the meaning of "very virile man". Need to say more?

In Phoenician Himalkarth has the meaning of "friend of the god Mel-qar", protector of the city of Tire, and has been worn by numerous historical figures.

Hebrew name that can be translated as "my God is Yahweh". Short, incisive and fascinating.

The origin is Germanic and perhaps also thanks to the somewhat harsh sound, this name still maintains an aura of authority today.

The name derives from the Iberian world (Javier) influenced by the Arab domination. It means "resplendent"

A name of Greek-Byzantine origin whose meaning is more or less "venerable", "illustrious". A little agé name, but still very nice.

This name has Greek origins and means: "gift of God". Maybe a little démodé, but still fascinating.

Very peculiar name. The origin is Greek ("belonging to Zeus") and still owes much of its glory to Itali Svevo's masterpiece, La Conscienza di Zeno.