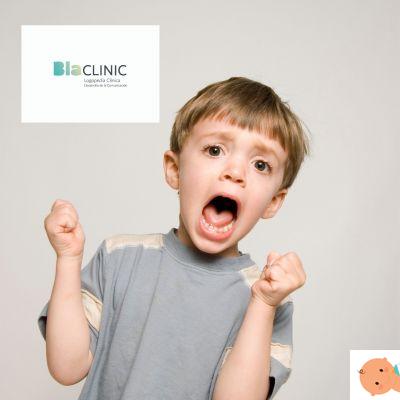 childhood dysphonia it is a disorder characterized by a vocal effort behavior that determines a modification of the timbre, which often becomes hoarse and severe.

The human being uses the word to enter into relationship with his fellow men. Therefore, to trace the cause of dysphonia in the child, it is advisable to analyze the relationship between the elements that characterize the child and also to consider his family and social context.
There are essentially two types of dysphonia:

In this video the speech therapist, Dr. Silvia Mari, talks about childhood dysphonia. What causes it and how to intervene.


We speak of organic dysphonia, when in the child there is a morphological or neuromuscular alteration involving the vocal cords.

We speak of functional dysphonia in the event that the child makes inappropriate use of the organs responsible for the production of the voice.
In the latter case the respiratory and laryngeal organs are used excessively and consequently an alteration of the vocal quality. However, in some cases both organic and functional causes can coexist, thus determining a complex or mixed dysphonia.

Most common signs of childhood dysphonia

The voice of the dysphonic child can have the following characteristics:

Dysphonia has a multifactorial etiopathogenesis, in fact it can derive from pathologies of ENT interest, affective and relational factors, an anatomical predisposition or even postural imbalances.

Based on these considerations, it clearly emerges that a global approach is needed, rather than the implementation of localized actions.
For this reason, an evaluation should be carried out first phoniatrics and speech therapy, but, depending on the needs of the child, also a postural or ophthalmological evaluation, orthoptics and dentistry etc ...

In this context, the speech therapist is the professional figure who can intervene through family counseling, in order to foster awareness of the multifactorial genesis of the child's problem, and subsequently propose a rehabilitative pedagogical project, which necessarily presupposes the child's motivation. himself to improve his dysphonia.

Although some authors argue that the dysphonic pathology can resolve spontaneously with the vocal change, and therefore it would be sufficient to implement an indirect approach consisting of a counseling activity and modification of the family and school environment, currently the effectiveness is demonstrated. of direct interventions.

The latter include, in addition to a counseling activity aimed at parents, a vocal education program of specific speech therapy relevance.
Usually in the child there is a low awareness of the dysphonic symptom, a low motivation for treatment and a rather low level of attention, therefore a type of therapy much appreciated by children is that of the group, which can be useful for creating a pleasant experience. to encourage self-perception and listening to the voice of others, as well as to pursue vocal goals.

Examples of exercises that are proposed during the speech therapy session, and which are much appreciated by children, belong to the "Elastic Proprioceptive Method", whose therapeutic protocol is divided into seven levels, which consist of controlling risk factors, vocal sensitization, elimination of excessive effort mechanisms, in the projection of the voice, in the sensation of freedom, in the normalization of speech skills, in auditory discrimination and in the improvement of diction and speech intelligibility.

According to this approach, the proposal of specific facilitating postures is particularly useful; in addition, the use of specific tools to modify oral and language proprioception is proposed.
Finally, exercises based on "unstable balance" are offered to the child; for example, the child must imagine playing bowling and having to hit with his voice the pins located in the corner at the back of the room. The child is encouraged to regard the voice as a bowling ball in his hands and then he is invited to throw it at a point low and straight in front of him.

In addition, the speech therapist will provide vocal hygiene rules. In particular, simple concepts of anatomy-physiology regarding the production of the voice will be explained to the child, parents will be invited to avoid repressive and punitive attitudes towards their child's dysphonia and the child will be sensitized about the effects that his own voice produces on others.

About the author Vittoria Fredro


Graduated with honors in Speech Therapy at the University of Perugia with a thesis entitled: "Augmentative and Alternative Communication in the aphasic patient: the role of executive functions", I am currently attending the Master's Degree in Rehabilitation Sciences of the Health Professions at the same university. During my studies I have acquired skills for the evaluation and speech therapy treatment of patients of developmental, adult and geriatric age and currently I practice in the province of Perugia and Terni. TAG:
The postpartum doula, an ally of new parents in the first months ❯

add a comment of Childhood dysphonia: the speech therapist answers