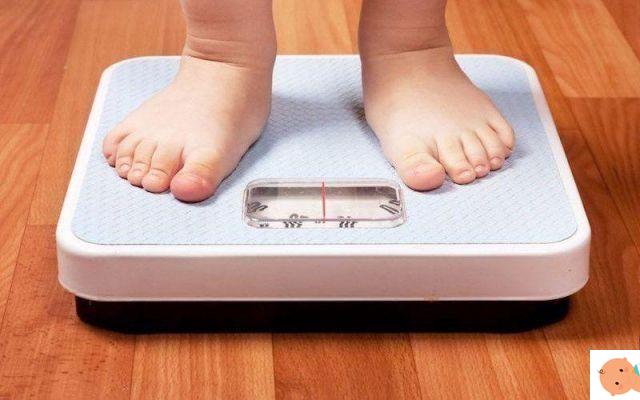 A silent and rampant epidemic, which affects more and more children in the Western world and which risks having very serious consequences in the medium and long term. It's childhood obesity alarm. Cha multiple causes. Wrong and perpetrated eating habits for years. Physical activity nonexistent. Industrial foods galore. Too many hours in front of computers and TVs. And - you don't have to hide behind a finger - often a good deal of parental carelessness as well. Yet many of these factors can be changed in a virtuous way. He explains how the doctor Squad of Palermo, specialist in corrective and aesthetic medicine. 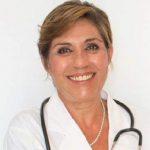 Doctor Palermo, what is the dimension of the “childhood obesity” phenomenon? Are there geographical differences in the incidence?

“Childhood obesity is a problem of considerable social importance. It is a pathological condition characterized by excess weight caused by an accumulation of body fat. In Del Paese it affects one in four children and is the result of a positive energy balance over time. In practice, more calories are introduced than those consumed. Recent studies have shown that in Del Paese, Valle d'Aosta is the region with the lowest presence of overweight and obese children, while Campania is the region with the highest number of overweight adolescents. So it is clear that the problem of childhood obesity worsens as it moves down from the north to the south of the country. It should be remembered that in the city there are 8% overweight children between 9-24 years of age while obese children are 16%, which together represent 40% of the child population. It is natural to ask why childhood obesity tends to be higher in countries where the Mediterranean diet should be the master. Improved socio-economic conditions, a sedentary lifestyle and the spread of a high-fat, high-calorie diet are believed to explain the rise in obesity ”.


When can a child be defined as obese?

“We need to make a brief parenthesis: to know if a person is overweight it is not enough to know their body weight, it is also necessary to know other parameters, such as height, waist circumference, age and sex. However, the first parameter that is considered is the Body Mass Index (BMI), which is obtained by making the ratio between weight and height squared expressed in meters. An adult is defined as obese when he has a BMI greater than 30. In the child, the speech is more complex, because his Body Mass Index is constantly evolving (each developmental phase of childhood is dynamic, there are periods in which the child grows more and others in which it grows less), in this case the Tables of Centili help us, that is the curves obtained from epidemiological studies that graphically describe the BMI trend in the different ages of life in the two sexes. A child is defined as obese when his BMI, calculated using the formula expressed for adults, is greater than or equal to the 95th percentile. If this index falls between the 90th and 95th percentile, it is defined as overweight, while growth is normal if the weight is around the 50th percentile ”.

At what moment does prevention start?

“The prevention of childhood obesity is clear that it should begin during pregnancy. It is important that the expectant mother controls weight gain during gestation by following a balanced diet and avoiding excess carbohydrates especially during the third trimester of pregnancy. It is important to prefer healthy foods and avoid all those of industrial derivation. Prevention continues even during breastfeeding, which is why it is necessary to explain to the mother the many advantages of breastfeeding. Breastfeeding your baby protects him from respiratory infections, reduces the risk of developing food allergies and prevents all those problems related to diabetes and especially obesity. As for weaning, it is necessary to avoid the "early" one, prefer natural foods, seasonal foods, assign portions appropriate to age and vary in the choice of foods. After the first year of life, knowledge of new foods should be encouraged, and industrially produced foods, fruit juices and carbonated drinks should be avoided. It is also important to stimulate and promote the child's physical activity, especially outdoors, just as it is important for parents to follow a correct lifestyle in the family to be an example for their children ".


What are the most common mistakes parents generally make in feeding their children?

“Parents worry when their child eats little and rarely when he eats too much. Often they interpret this excessive appetite as a signal of well-being and indeed tend to incentivize it rather than limit it, with the illusion that the obvious extra pounds may disappear with development. The "chubby" child is more sympathetic than a thin one who, on the contrary, tends to worry the parents. At home there are many temptations, the refrigerator is always full of snacks and snacks, at the table carbonated and sugary drinks replace water, especially in summer, after a swim or at parties with friends. The role of parents is fundamental, in fact it is important to teach your children to eat correctly from the earliest years of life and guide them in the choice of healthy foods, a choice that will accompany them in adult life and will help them prevent diseases related to poor nutrition " .

What does an obese child face (in the short and long term)?

“An obese child experiences early complications and late complications. Among the former, the most frequent are represented by respiratory problems (fatigue and sleep apnea), joint problems due to mechanical load: varus and / or valgus of the lower limbs (arched or "X" legs), joint pain, reduced mobility and flat feet. Then there are disorders of the digestive system and others of growth. Children with excess weight tend to have an early bone growth and an early pubertal period: girls have the onset of the menstrual cycle at an earlier age and boys develop secondary sexual characteristics early. Then there are psychological disorders: overweight children can feel uncomfortable and ashamed, up to a real rejection of their physical appearance; they are often ridiculed children, victims of jokes by peers and at risk of losing self-esteem and developing a sense of insecurity, which can lead to isolation: they leave the house less, spend more time in front of the TV, creating a vicious circle which leads them to a so-called reactive hyperalimentation. As for late complications, childhood obesity is a predictor of obesity in adulthood. Those who were overweight as a child are more exposed to certain pathologies, especially of a cardiovascular nature (arterial hypertension, coronary heart disease), musculoskeletal (early onset of arthrosis due to the increase in static-dynamic stresses on the joints of the spine and limbs lower), metabolic consequences (diabetes mellitus, hypercholesterolemia). The psychological consequences that can drag on and amplify over the years should not be underestimated. The disorder can upset the life of the subject and his social relationships: it begins by refusing the invitations of friends to the point of withdrawing into oneself ".


What are the principles of proper nutrition?

“There are no rigid rules, no infallible recipes, just adopt simple behavioral precautions. Always have breakfast: it is important because it provides our body with the energy it needs to face the day. Do not skip the mid-morning snack and mid-afternoon snack: they are essential for not arriving hungry at the main meals. Follow a varied and balanced diet, alternating animal proteins with vegetable ones and increase the consumption of legumes, rich in fiber. Consume two or three fruits a day, eat cooked or raw vegetables at each meal. Regularly consume milk, yogurt and semi-skimmed cheeses to ensure the supply of calcium, proteins and vitamins. Limit the consumption of cured meats, peanuts, sweets and sugary drinks, which do not satiate and do not quench thirst, but only provide an excessive amount of fat and sugar. Always drink plenty of natural water: in addition to being essential for our body, it ensures adequate intestinal function. Replace the first and second with a single dish at least twice a week. Include fish in the diet (at least two or three times a week). Avoid frying and limit the consumption of salt. The food pyramid is the symbol of "healthy and proper nutrition". At the base we find the foods that can be consumed freely, in fact fruit, vegetables, legumes and cereals occupy a predominant position, while at the top we find the products that must be consumed in controlled quantities (oil, butter, sweets) ".

A healthy diet cannot be separated from an adequate lifestyle. How can we guarantee this to our children?

“Having a healthy diet is an important goal to be achieved in order to promote both physical and mental growth of our children. Children learn to eat from their parents and this teaching takes place every day at the table, so an adequate eating style must involve the whole family. If the whole family changes their eating habits, the child will surely receive positive stimuli to start new paths. In addition to proper nutrition, to ensure the maintenance of a good state of health, it is important to carry out physical activity and reduce sedentary lifestyle. Physical activity should be carried out regularly at least three times a week and it is preferable to choose a sport that children like. In addition to the activity carried out in the gym, it is essential to stimulate your children to move daily: go up and down the stairs instead of using the elevator, play football with friends or ride a bicycle, in short, any activity that involves movement, thus increasing the expenditure. energetic. Above all, avoid that children spend too many hours in front of the TV, the computer, or playing with the Play Station, also because it would increase boredom and consequently more food to "nibble" ".

When is it right to go to a specialist?

“When the extra kilos are already evident, important measures must be taken. In this case, the trusted pediatrician, nutritionist, endocrinologist and physiatrist are the most suitable figures to arrange a targeted intervention, but in my opinion it is always the parents who have the most important role. The awareness of the damage that obesity can cause to the health of one's child must, in fact, make parents reflect and lead them to eradicate incorrect eating habits and habits consolidated over time. It can be a difficult task, but not impossible. It is necessary to focus on involvement and not on prohibitions, trying not to blame the little one if he sometimes gives in to temptations and not to make weight an obsession. In my opinion, more than a low-calorie diet, a dietary approach is necessary aimed at eliminating any nutritional errors (high-calorie meals, absence of breakfast, reduced consumption of fruit and vegetables) and / or behavioral errors (excessive sedentary lifestyle, absence of physical activity). The low-calorie diet should be carried out only in selected cases and under medical supervision. Weight loss must be gradual, but above all the intervention must be aimed at teaching parents and children to eat in a healthy and balanced way. Only when the whole family unit is predisposed to nutritional education is it possible to obtain optimal results to fight the obesity epidemic ”.

add a comment of Childhood obesity, prevention begins in the baby bump