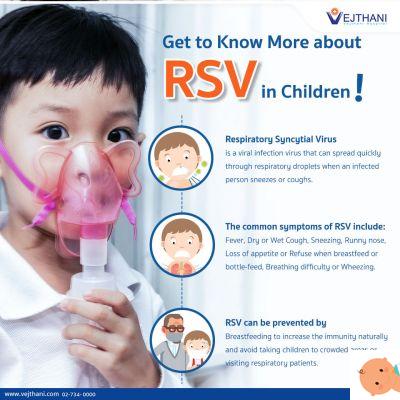 Who has children he knows: it is easier to count the times when they do not have ailments, such as colds and coughs, than the opposite. But why do children get sick so often? One of the causes is the respiratory syncytial virus of children, widespread but little known.

What is respiratory syncytial virus

respiratory syncytial virus, also known by the abbreviation of VRS, means an infection that hits the upper respiratory system and it is the primary cause of this type of disease in children. So if your child often has a cold, runny nose and cough, he may have been infected with this virus. The first infection, in fact, does not make you immune, and it is common for children to riammalino often for the same reason.

What are the symptoms of respiratory syncytial virus

I main symptoms of RSVs are colds and fever, which usually appear about 3-5 days after contagion. Many of the children also experience symptoms cough e wheezing, proof that the infection has reached the lower respiratory tract. In the Infants and up to six months, one of the first symptoms may be apnea, that is, a short interruption in breathing.

How do you get respiratory syncytial virus

This kind of virus it is highly contagious and it is for this reason, therefore, that the children who attend the nursery are potentially more prone to to get sick. Game exchange, excess of saliva also due to teething, poor hygiene they can be vehicles for the outbreaks di respiratory syncytial virus. As children get older, they begin to come into less contact with objects, bring them to their mouths, and generally wash their hands more often.

Many Parents, at this point, they will be frightened by the ease of contagion. In most children, however, the VRS passes as a simple cold, at most with the symptoms of a classic influence, and does not require any treatment. This also happens to older children and adults. In some cases, however, the respiratory syncytial virus it can degenerate into distress respiratory failure, so much that you need to oxygen and, in the most serious situations, hospitalization due to bronchiolitis or pneumonia.

VRS is also particularly dangerous for two categories: very young children (such as i infants) and those who suffer from severe heart or lung disease. For this reason, doctors often decide, for these patients, to proceed with a regular injection of palivisumab, a medicine that contains antibodies to this type of virus.

How to protect yourself from the respiratory syncytial virus

In the case of Infants, it is a good rule to avoid exposing them to too many risks by taking them to crowded places, and not to come into contact with people who present symptoms attributable to a virus affecting the respiratory tract. If relatives and friends come to visit, don't let them kiss the baby and if they want to touch it, that's good si lavino le mani carefully before doing it.

As for older children, it does not exist Vaccine against respiratory syncytial virus, therefore the best way to avoid the contagion is to respect basic hygiene rules by teaching children to wash their hands often and not to bring objects to their mouths.

Respiratory syncytial virus is an infection very common of respiratory tract, primary cause of colds and ailments in children under the age of 4. It is not dangerous, but it can be dangerous for infants or children with previous illnesses, in which case the doctor could propose preventive pharmacological treatment to avoid respiratory failure and, in the worst cases, hospitalization.

TAG:
Gynecological examination after childbirth, why do it ❯