Chronic inflammatory bowel disease and breastfeeding: it can be done 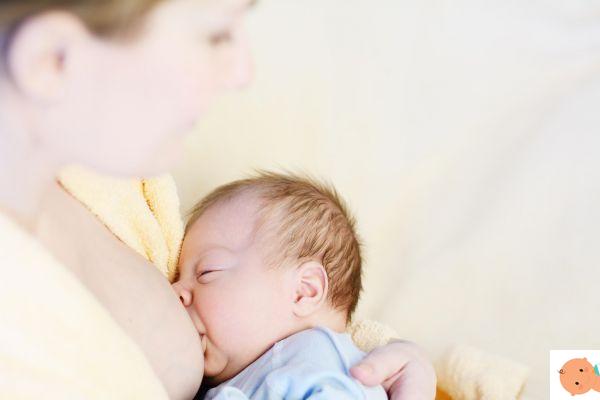 . This is the message launched by the specialists involved in the Del Paesena Society of Gastroremautology on the eve of the fifth national congress of the Society itself, scheduled in the city on 12 and 13 October.

Many new mothers who suffer from conditions such as Ulcerative colitis or the Crohn's disease, autoimmune diseases that involve chronic diarrhea with pain and cramps and affect around 150 people in the country, wonder whether these diseases and the therapies taken to control them are compatible or not with breastfeeding.

Read also: Medicines and breastfeeding: the guide of the Ministry of Health

To begin with, it must be said that "although chronic inflammatory bowel diseases have a chronic-intermittent trend, in which phases of silent disease alternate with phases of active disease, breastfeeding is not associated with an increased risk of disease flare". Word of Aurora Bortoli, gastroenterologist of the IBD Foundation onlus Piedmont, who underlines how the available data confirm not only that breastfeeding is possible, but that it is generally also associated with a decrease in the occurrence of relapses in the post-partum period.

As long as you continue with the planned therapies. "On the contrary - continues the expert - discontinuation of therapy during breastfeeding may lead to worsening of the disease and it must therefore be carefully evaluated together with the specialist ". It is inevitable, however, to ask whether the drugs taken can harm the child.


Obviously, the situation must be evaluated by the specialist on a case-by-case basis and the baby will be monitored by the pediatrician, to ensure that no negative effects emerge, but Bortoli nevertheless offers a reassuring reading of possible interactions. Also because in general the amount of drug that can pass into breast milk is modest, and even less than that that manages to reach the newborn after passing through his intestine.

According to experts, therefore, most of the drugs used in the treatment of inflammatory bowel diseases - for example salazopyrine, mesalamine and asathioprine - are compatible with breastfeeding, and the same is also true for the most recent biological drugs such as infliximab, adalimumab , golimumab, vedolizumab.

Instead, particular attention should be paid to cyclosporine, methotrexate and mycophenolate, considered more at risk for the unborn child and therefore to be carefully evaluated by the specialist. "As for cortisone - concludes Bortoli - they can be safely used up to a maternal dose of 40 milligrams per day".

In case of any doubt, in addition to the reference specialist, you can also contact the Advisory Service for drugs in pregnancy and lactation of the Papa Giovanni XXIII Hospital in the city: toll-free number 800-883300.

Read also: Drugs in pregnancy, which are allowed and which are forbidden TAG:
Hereditary metabolic diseases: from diagnosis to therapy ❯

add a comment of Chronic inflammatory bowel disease and breastfeeding: it can be done