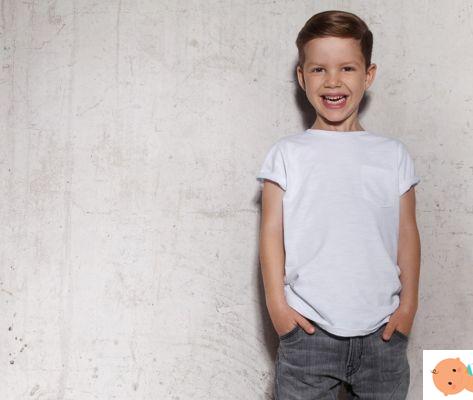 Circumcision: when to do it?

Circumcision surgery in boys is done when there is phimosis, that is, an excessive narrowing of the skin of the foreskin, which prevents it from sliding. However, intervention is not always essential and, in the mildest cases, other solutions are possible. We talk about it with Piero Buffa, head of the Pediatric Surgery Unit of the Gaslini Hospital in Genoa.

Read also: Physiological phimosis: must the skin of the baby's willy be sent back?

Circumcision is a small surgery that in Del Paese is practiced when what in medical terms is called phimosis occurs, that is a pathological narrowing of the foreskin (the envelope of skin that surrounds the top of the penis) that does not allow it to slide of the skin and maintenance of hygiene.

In the first years of life, phimosis is almost to be considered physiological, because it is normal for the skin to be tighter and sliding more difficult; as the months go by, a little at a time the skin peels off and from 3 years onwards the foreskin must be able to slide easily until it reveals the glans (the upper part of the penis). If this does not happen, after having identified the problem with the pediatrician, it is advisable to contact a pediatric surgeon who, based on the extent of the phimosis, will evaluate among three possible solutions.

The application of a cortisone ointment may suffice. If the foreskin is rather tight but there is a certain sagging of the skin, you can first try with the local application of a low cortisone content ointment, which makes the skin more elastic and helps to detach small adhesions.

On average, application cycles of 2-3 weeks alternated with short breaks, for a total of 3-4 months.

Any maneuver must always be recommended by the surgeon, which is able to assess whether there is sufficient elasticity to carry out delicate manipulations, which must absolutely not cause skin tears or severe pain.

In medium-sized cases, the so-called dorsal plastic of the foreskin, which consists of a longitudinal incision of the skin which, "to use an easy to understand simile, transforms what appears to be a round neckline into a V neckline" explains prof. Funny. "Despite the name 'plastic', no prosthesis is put on, but only a small cut is made on the part of the skin facing the pelvis (therefore inside) which is then sutured with a few absorbable stitches.

As the years go by, the 'V' turns into an ever wider angle until it is no longer noticeable. It is a simple intervention, which in most cases remedies the problem without permanent mutilation ".

If the tip of the foreskin is completely closed except in the small hole from which the pee comes out, circumcision cannot be avoided.

Circumcision is also necessary if traumatic maneuvers have been carried out, as they can create fissures which, on healing, leave a scar that worsens the situation, since it is a connective tissue lacking in elasticity.

Another indication for intervention is the onset of repeated infections (balanitis), caused by the difficulty in keeping clean an area where stagnant urine can favor the proliferation of germs.

Another condition, much rarer, which requires circumcision surgery as it causes one phimosis acquired very tightly, is an inflammatory dermatological disease called 'scleroatrophic lichen', which affects children around 8-10 years of age.

What does circumcision consist of

With circumcision it comes surgically removed the entire foreskin, whereby the glans remains completely uncovered. The operation lasts a few minutes, but, when it comes to small children, it requires general anesthesia or, preferably mixed anesthesia (which greatly reduces the anesthetic risks), with which the child is put to sleep lightly, after which local anesthesia is performed. With older children, local anesthesia alone is sufficient.

After the surgery, a crown of thin absorbable sutures, which then fall off on their own after about two weeks.

To accompany the healing process and reduce the discomfort caused locally by the contact of the glans - now completely exposed - with the panties, cortisone and mildly anesthetic ointments are applied for 10-15 days. If, on the other hand, only the dorsal plasticization of the foreskin is performed, in the 4-5 weeks following the surgery the foreskin must be slid at least once a day with the aid of a cortisone ointment, otherwise the skin risks healing again. .

When to do it?

Sometimes you just have to wait. Some specialists believe that, unless infections or scarring occur, it is better to wait until puberty before opting for surgery, since the production of the hormone testosterone acts favorably on the elasticity of the skin. "Each case must be evaluated on its own, however it must be considered that, if the intervention is postponed to pubertal age, the longitudinal incision is no longer practicable, because the V-shaped cut would remain for life and could cause significant psychological problems to the boy, so at that point the only solution is circumcision "observes prof. Funny.

Is it better the longitudinal incision or the circumcision?

"If possible, the longitudinal incision should always be the first choice, because if the problem does not go away or if the skin should heal and narrow the exit again, there is always time to perform the circumcision" replies the expert. "Circumcision is not harmful, but it is still a permanent mutilation of the child, which is why in Del Paese it is considered a medical act, to be done only if there is an irrefutable medical indication".

A cultural fact or a hygienic practice? "On the other hand, there are currents of thought different from ours, on the basis of which circumcision should be carried out on all male newborns, continues Buffa." It is not just a religious-cultural fact, typical of some populations: if in areas where water is scarce, such as Saharan Africa, circumcision is performed for hygienic purposes, to avoid the risk of infections, in some rich countries, such as the United States, circumcision is proposed (but there is no obligation) for all boys in the first months of life. In fact, according to some research it seems that if the partners are circumcised there is a lower incidence of tumors of the uterine neck in the companions. These are studies yet to be confirmed, which nevertheless attest that circumcision is anything but a mere tradition ".