Combined test (duo test or bi-test): what it is, when to do it, how to read the results 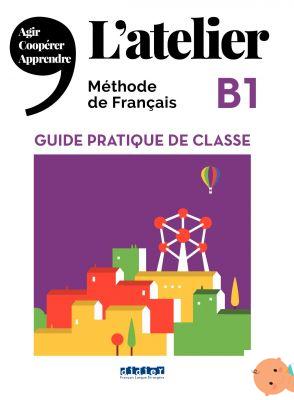 What is the combined test, also called bi-test or duo test

"Combined test, duo test e bi-test they are different ways of calling the same thing and that is a test of prenatal screening consisting of two different tests "explains the gynecologist Giovanni Monni, Director of the Departments of Obstetrics and Gynecology and Fetal Medicine of the Microcitemico Hospital of Cagliari. The test allows you to estimate the risk that the fetus is affected by chromosomal abnormalities, firstly trisomy 21 (Down syndrome), which is the most frequent, in addition to trisomy 13 and 18 - much rarer but more severe than 21 - or others.

The two exams that make it up are:

The test includes a pre and post exam consultancy.

What information does the combined test provide

The combined test is a screening exam and not prenatal diagnosis. It means that it can provide an estimate of the risk of the fetus having chromosomal abnormalities (such as Down syndrome) but does not offer diagnostic certainties in this sense. To get them, it will be necessary to carry out an invasive test such as amniocentesis or CVS. The data that emerge from the nuchal translucency and the blood test are processed by specific software in combination with other parameters such as maternal age, fetal length and gestational period.

"The sensitivity of the combined test, ie the ability to identify pregnancies at risk of chromosomal abnormalities, is 92-95%, as long as it is performed by specialized personnel, certified by the Fetal Medicine Foundation, in highly experienced centers ", underlines Monni.

How do you read the results

The report does not indicate whether the test is 'positive' or 'negative', but marks whether, with respect to a risk threshold considered 'normal' based on the age of the pregnant woman, the test has detected a higher or more risk index low.

The risk threshold indicated for a 35-37 year old woman is generally understood between 1: 250 and 1: 300. It means that for a woman of that age a risk of having a fetus with a chromosomy abnormality of one in 250 or 300 is considered 'normal'. If the risk is lower (for example one in 2000) it means that there they are less likely than average to have an affected child, while if the risk is higher (one in 100, for example) it means that these odds are higher or much higher than the average. In this case, the continuation of the investigations is proposed with an invasive examination (amniocentesis or CVS) or, if the woman prefers to avoid an invasive test, with a fetal DNA test (which is always a screening test).

But be careful: even in the face of a risk profile considered "high", it is good to avoid excessive anxiety, because in individual terms the risk remains low. A risk of one in 200 means that the vast majority of women undergoing amniocentesis or CVS will still have a baby without the suspected anomalies.

At what week of pregnancy the combined test is performed

The test is performed in the first trimester of pregnancy, between 11 and 14 weeks.

When it is indicated

Based on the new Essential Levels of Care (LEA) issued by the Ministry of Health in 2022, the combined test is included among the free services to be offered to all pregnant women who wish to perform it. This is to reduce the request for invasive examinations such as amniocentesis and CVS on the sole basis of the maternal age criterion (based on the so-called Bindi Decree of 1998, not yet repealed, amniocentesis is offered free of charge to all women over 35 years of age. ).

Not all regions have implemented the new LEAs, so it is still possible that a ticket may be required to run the combined test.

In general, the combined test is indicated for all women and couples who wish to have an estimate of the risk of the main chromosomal anomalies, on the basis of which to decide whether or not to continue with the investigations.

What is the combined test used for?

It is used to provide an estimate of the risk that the fetus is affected by chromosomal abnormalities.

How many weeks of pregnancy do you get?

TAG:
Combined test and fetal DNA test: what they are and when to do them ❯

Amniocentesis and CVS, what they are and when to choose to perform them

How to prepare to do the blood glucose curve in pregnancy

add a comment of Combined test (duo test or bi-test): what it is, when to do it, how to read the results