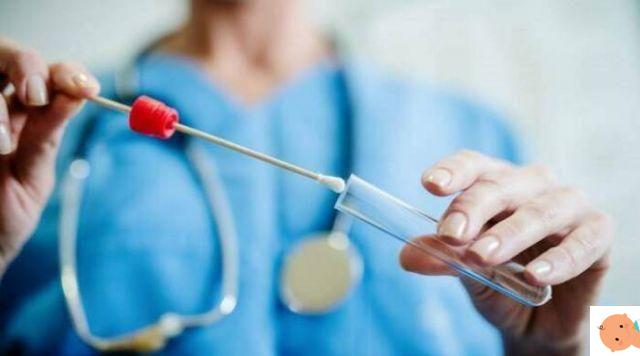 In a few days it will become clear about using quick swabs at school and on quarantine rules in schools. In fact, the ISS (Higher Institute of Health), led by Silvio Brusaferro, is writing a document in which it will be indicated precisely who must undergo:

The experts of the Ministry of Health, who will share the document with the CTS, want to change the current rules based on three lines of intervention, necessary to allow the normal course of lessons to continue in safety.

In the meantime, let's try to understand something more about quick tampons and their use at school.

Quick swabs, what are they

I quick swabs detect the presence of the virus in people who have contracted it. The sampling is carried out using sticks inserted into the nostrils and pharynx: the test detects viral proteins in secretions linked to breathing. Rapid tests are already used in Del Paeseni airports for the screening of those returning from countries at risk.

To get a response, you have to wait from ten minutes to half an hour: this depends on the model of rapid buffer used. No specific preparation is required for reading the test.

How reliable are quick swabs

The sensitivity of rapid swabs ranges from 80 to 85% and it is less than that of classic tampons. For this reason, cases of false positives can occur. Or, if the person has a low amount of the virus in their body, there may be some false negatives.

Although they are not 100% reliable, it is useful to use rapid swabs for fast mass screening and for detecting a person's high viral load.

The CTS has foreseen the possibility for pediatricians and general practitioners to carry out the classic swabs and rapid swabs and this will be implemented by the Ministry of Health. However, it is not yet known whether all doctors will adhere to the invitation.

For now, some of them seem willing to carry out rapid tests on asymptomatic subjects who have not had contact with patients positive for the virus, as long as the tests are provided by the Ministry.

The other part of the doctors argues that it is not possible to access suspected cases of Covid in the clinics, because there is a risk that medical offices could become places of contagion.

Read also: Covid-19, new circular: without a negative swab you cannot go back to class

Health Minister Roberto Speranza said they will arrive shortly 5 million rapid tests in schools. Screenings on a voluntary basis and with parental consent have already been envisaged in Veneto and Liguria.

In general, i rapid tests will be used if the pupil or teacher has symptoms of Covid. These tests allow you to have the report in a few tens of minutes and, consequently, if positive, to choose whether to isolate all the contacts as well.

If the rapid test is positive, it is also necessary to carry out the second traditional confirmation swab, which is also more sensitive and which would avoid the possibility of a false positive.

One is also thought of reduction of quarantine from 14 to 10 days for all contacts of the positive person: however, a test to confirm the negativity of the virus is necessary before returning to school.

Finally, a quick salivary test for children instead of the more invasive nasal one.

Read also: Covid-19, the Cts has given the okay to rapid tampons in schools TAG:
Covid-19, the waiting for rapid swabs and the protest of schools ❯

add a comment of Covid-19, rapid swabs are arriving at school