Crohn's disease and pregnancy: all the answers to the most common questions 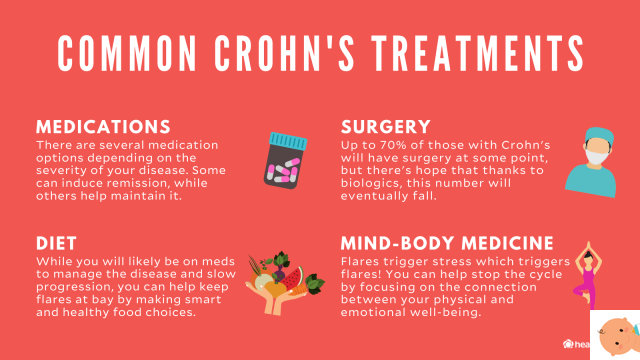 Crohn's disease pregnancy, what you need to know

For many women, pregnancy is a natural and physiological phenomenon, for some of them even one of the best times in life. But not all of them have this luck: not only sometimes, for more or less known reasons of the couple, it is not easy to conceive, but it also happens that the future mother has health problems that should not be underestimated when looking for a child. Today we talk about Crohn's disease, pregnancy, doubts and fears.

What is Crohn's Disease

Crohn's disease means one chronic inflammatory pathology of the intestinal tract. It can affect several areas from the mouth to the anus, but is usually patchy, so it only attacks certain parts. In most cases, it involves the last part of the small intestine (the ileum) and the colon.

Unfortunately, this disease can only be kept under control with the constant use of medicines and, in some cases, with surgery.

Most cases of Crohn's disease are diagnosed at a young age, therefore in fertile period, for this it is particularly important to understand how the disease can affect the possibility of have children. In many cases, in fact, it is assumed that it is impossible conceive or that one pregnancy is not recommended.

In reality, it all depends on what stage the disease is in.

If the disease is in remission, in fact, it has no consequence either on conception or on the development of the pregnancy itself. By remission we mean a state of Crohn's disease in which the disease itself is kept under control by medicines, with continuous monitoring by doctors, usually with blood tests.

In the case of fertility a distinction must be made: the medicines taken by women do not affect the chances of conceiving, but the inflammation in the pelvic level and the activity of the disease could, so it is important to try to have a child in the phase of remission. In the same way, however, male fertility is instead influenced by the intake of some drugs, such as for example salazopirina. However, this effect is reversible starting two months after the suspension, so if the man is affected by Crohn's disease it is good to talk to the doctor about the desire to find a child.

Read also: Chronic inflammatory bowel disease and breastfeeding: it can be done

We can therefore state that the Crohn's disease in itself it does not prevent one pregnancy nor does it involve risks, but only if this has been kept under control for a while and therefore in the process of remission thanks to drugs or surgery. In any case, in women in remission the risks of flare-up of the disease during gestation they are identical to those of non-pregnant women. The only inconvenience that could happen concerns in particular the operated women of total colectomy, which could, in some cases, have diarrhea or incontinence phenomena, more frequent with the third trimester and reversible after childbirth.

We can therefore state that the Crohn's disease in its submissive stage it does not compromise either the search for a child - with the exception of some medicines which could alter the seminal fluid and which should be suspended in case of difficulty in conceiving - nor the pregnancy, which in turn has no consequences or causes worsening of the disease.

If you are suffering or suffering from Crohn's disease and you want to find a child, talk to your doctor, he will remove any doubts.

TAG:
Crohn's disease in children: what it is, how it manifests itself and what treatment involves ❯

add a comment of Crohn's disease and pregnancy: all the answers to the most common questions