Crohn's disease in children: what it is, how it manifests itself and what treatment involves 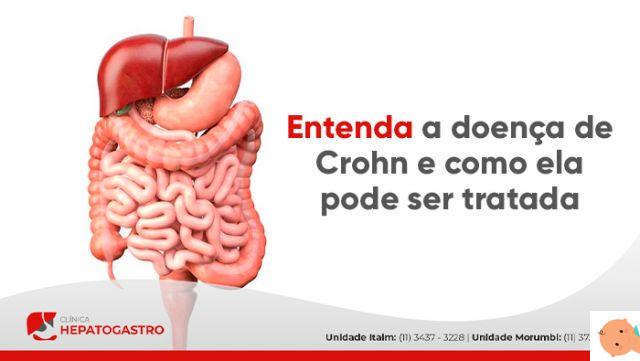 Only in our country are they over 100 people with Crohn's disease, of these, around 3000 are under the age of 18. Crohn's disease is one of the chronic inflammatory bowel diseases (IBD), diseases that have a heavy physical and emotional impact and that significantly affect the quality of life of those who suffer from it.

Let's see in detail what Crohn's disease is, how it manifests itself and what is the most appropriate treatment in children and young people thanks to the help of Prof. Salvatore Cucchiara, Director of the Department of Gastroenterology and Pediatric Hepatology of the Policlinico Umberto I of the city.

"Crohn's disease is a chronic inflammatory disease that can affect you the entire gastrointestinal tract and which, unfortunately, does not have a cure in the classical sense of the term "explains Prof. Cucchiara. Inflammation affects in most cases the last part of the small intestine and the colon, but it can occur in any part of the digestive tract, from the mouth to the anus. "Inflammation generates ulcerative lesions affecting the intestinal walls that cause symptoms such as severe pain in the abdomen, diarrhea and, in children, growth retardation ", Cucchiara points out.

In recent years in Europe the risk of suffering from a chronic inflammatory bowel disease (IBD) such as Crohn's disease has doubled and unfortunately, this disease is also increasingly common in young children. Typically, about 20% of Crohn's disease cases onset within the age of 20, but the pathology could present itself, albeit rarely, even in the very first years of life. It is estimated that in our country about 100 thousand people suffer from it, including at least 3 thousand children and teenagers.

What are the causes of Crohn's disease?

The causes of Crohn's disease are still unknown today, but those who do research in this area have nevertheless advanced some hypotheses. "The prevailing hypothesis is that, in some predisposed subjects, there is one very strong immune reaction of the intestine against bacterial antigens. In short, we know that our intestine is populated by billions of bacteria, the famous intestinal microbiota, and it is as if the intestine reacts in an exaggerated way against the bacteria, considered as unwanted guests "explains Cucchiara. What happens then? the cells of the immune system continuously attack the walls of the intestine and contribute to "chronicize" the disorder

How Crohn's disease manifests itself

As mentioned above, Crohn's disease it has both physical and emotional impact in those who suffer from it due to very annoying symptoms that can compromise, at least in part, the social life of both children and adults.

I typical symptoms Crohn's disease in children are very similar to those in adults and include:

"The latter is just one of the characteristic symptoms in children. In fact, it may happen that the disease presents itself in an atypical way with the simple slowdown in growth and in these cases the pediatrician must notice the signal and direct the parents to a specialist in gastroenterology ", Cucchiara points out.

These symptoms can also be associated with others not immediately attributable to Crohn's disease such as:

"In children with suspected Crohn's disease, one must first be done total colonoscopy up to the ileum, and then even one gastroscopy because the disease can affect the entire intestine, from the mouth to the anus. Today, moreover, among the tools used for the diagnosis of Crohn's disease there is also one video capsule, a sort of tablet with video cameras inside that take thousands of photos of the intestine "explains Prof. Cucchiara, who then continues:" in pediatric age non-invasive imaging is also very important, such as dynamic ultrasound of the intestine and MRI. These two non-invasive techniques are increasingly used both in the initial screening phase and in the follow-up, so as to avoid small patients having to periodically resort to invasive investigations ".

Unfortunately, Crohn's disease it is not curable in the classical sense of the term because it is a chronic disease. Nonetheless, today we know some treatments, pharmacological and not, which are able to help both children and adults to keep the disease under control.

"In mild or moderate forms of children, the first approach is nutritional - explains Cucchiara. The child's diet is therefore changed to put the intestine" at rest ". There nutritional therapy provides exclusive feeding for 6/8 weeks with a milk formulated in a specific way which, in 80% of cases, has excellent effects both on the disease and on the growth of the child. "Subsequently, to maintain the remission of the inflammation, the diet is partially modified, which will be composed of 50% formulated milk and 50% of foods such as rice, corn, white meats, some type of fruit. On the other hand, sugars and saturated fats are to be absolutely excluded, especially those animals that have an inflammatory power ".

Unfortunately, it is clearly not always easy for children and young people to accept this type of diet and there can be repercussions from a psychological point of view.

"The alternative - Cucchiara continues - are the biological drugs which today have changed the scenario of Crohn's disease, in particular the so-called monoclonal antibodies. They are nothing more than molecules that target certain proteins that play a key role in inflammation ".

If you have a child suffering from this disease it is important to:

Read also: Crohn's disease: 6 out of 10 want to eat freely

At school with Crohn's disease

Finally, an aspect that should not be underestimated in children with Crohn's disease is their relationship with school. According to a survey by the EngageMindsHUB center of the Catholic University of the Sacred Heart, in fact, Crohn's disease complicates school for 8 out of 10 children. The disease, due to the particular symptoms, can have an impact on the frequency and commitment in the study of children and young people. Stages of flare-up of the disease, for example, can make it difficult for the child to stay in the classroom, and the need to carry out examinations and assessments can affect the time to devote to the study. For these reasons it is important that there is a dialogue between school and family to support the student.

TAG:
Feto-neonatal haemolytic disease: what it is and how to prevent it ❯

add a comment of Crohn's disease in children: what it is, how it manifests itself and what treatment involves