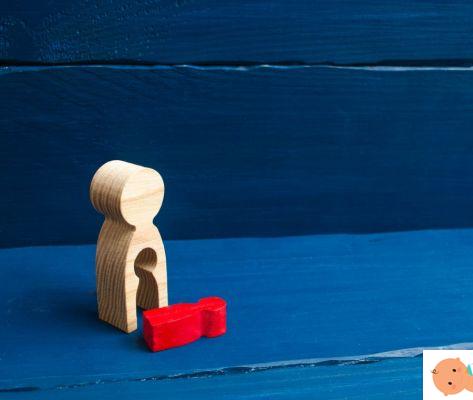 Il curettage, surgery that involves the emptying of the uterine cavity with the removal of the material contained in it, it is a procedure that is normally carried out under general anesthesia.

This operation is usually performed on a spontaneous abortion, following the retention of placental material after childbirth, or how diagnostic-therapeutic tool in the case of abnormal uterine bleeding, polyps, small fibroids or to obtain a biopsy of the endometrium. The removed material is then sent to the laboratory to be analyzed.

Read also: the dictionary of pregnancy

How to do it

The surgery normally takes approx 10 15-minute and is carried out on a day-hospital basis, with the patient being discharged the same day.

The first phase of the operation involves the dilation of the cervical canal, usually normally induced a few hours before the actual curettage. The cervix can be dilated by means of a special one surgical instrument (Hegar's graduated dilator) or by administering specific drugs.

At the moment of the curettage, one is inserted inside the uterus curette - a sharp instrument similar to that of a spoon - which allows you to gently "scrape" the uterine lining to remove the sample, the abnormal mass or, in the case of miscarriage, the product of conception.

The awakening at the end of the operation does not involve particular disturbances, but the patients can suffer blood loss also localized for the whole week following the operation.

The consequences of curettage they are not particularly frequent. Among these, in addition to the aforementioned haemorrhages in the abdominal cavity, however, injuries to the cervix, allergic reactions, infections and the formation of scar material inside the uterus (Asherman's Syndrome), a condition that can be treated with a cure hormonal.

The greatest risk that curettage can entail is the perforation of the uterus, which however presents a very rare case series (about 1% of cases).

The operation does not preclude the possibility of becoming pregnant. It is usually recommended to wait a few menstrual periods to allow the uterus to rebuild its inner layer.

Is the curettage painful?

The curettage is performed under general or local anesthesia (rarer). So the patient feels no physical pain, just a little lightheadedness.

What are the consequences of curettage?

Serious consequences of a curettage are rare. among these infections, Asherman's syndrome and perforation of the uterus.

When is the curettage done?

Following a miscarriage, to remove an abnormal mass from the uterus or to obtain organic material to be analyzed in the laboratory.