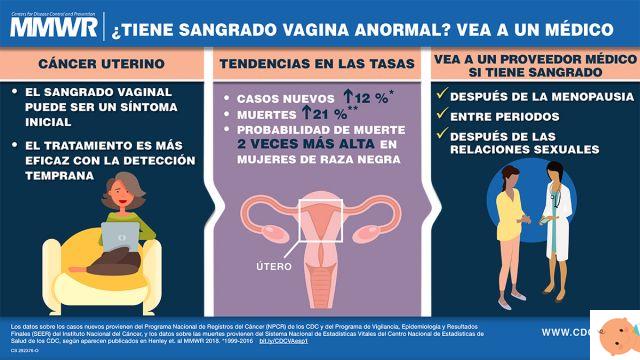 In Of The Country one pregnancy in about every 300 it does not end as everyone expects it to end - that is, well, with a new happy family - but with the death of the baby in the mother's womb: fetal intrauterine death, or stillbirth, is the technical term used to describe this tragic event. We have tried to clarify the causes, risk factors and prevention strategies, with the help of scientific documents and the gynecologist Laura Avagliano, contract professor at the University of our city and expert in fetal death.

By stillbirth we mean a fetal loss that generally occurs at an already advanced stage of pregnancy, beyond the first trimester for which the risk of spontaneous abortion is well known.

"However, it is more difficult to give a precise definition, which is lacking even at the international level", says Avagliano. Thus, for example, the World Health Organization speaks of "stillbirth" after 22 weeks of pregnancy, while some countries use 20 or 24 weeks as a discrimination. "In Del Paese the reference often used is that of Istat, set at 180 days, that is, at 25 weeks and 5 days".

This is no small matter, because having certain definitions allows us to work better, from the point of view of research and health policies. Outside the world of research and healthcare, however, for the individual families affected by this dramatic event, the week of pregnancy in which it occurred does not change things much.

“Whether it's what we call a miscarriage at 10 weeks, or a stillbirth at 26, that mom and dad have lost their baby,” Avagliano acknowledges.

The data: the frequency of the phenomenon

In Of The Country stillbirth is estimated to affect 3-5 families for every 1000 expectant families, with some regional differences. "In a somewhat crude way, we can say that the rates are slightly higher in the South" explains Avagliano.

According to the estimates published by the prestigious medical journal Lancet, which in 2022 dedicated a special series of articles to this topic, in 2022 alone all over the world two million and 600 thousand children died in the third trimester of pregnancy or in childbirth. More than 7100 per day. Globally, low-income countries are the most affected by the phenomenon (98% of total stillbirths are poor countries).

The causes: what causes stillbirth

"However, it is clear that this is a somewhat artificial subdivision, because in pregnancy the mother, fetus and placenta are one and the same. If there is a maternal problem, this could affect the placenta, causing consequences for the fetus and vice versa. And in the same way, a placental problem hardly arises 'out of nowhere': more often it is the indicator of a maternal disease that had not yet been identified ". And again, if we think about infections it is obvious that in the first place these affect the mother and only if they pass to the fetus can they prove dangerous.

In the vast majority of cases, to clarify what led to the death of a child in the mother's womb, it is necessary to work in three directions: accurate analysis of the clinical situation of the mother in general and especially during pregnancy; histological analysis of the placenta; fetal autopsy. "Where these procedures are followed scrupulously and carefully, the cause of fetal mortality is usually identified," says Avagliano.

However, this does not always happen. "Even if several years ago a group of experts had drawn up valid operational indications distributed by the Ministry of Health in all the birth centers, official Del Paesene guidelines on the subject have never been formulated. Thus, much depends on the center in which you give birth "explains the gynecologist. "Some centers follow American guidelines, others English ones or their own internal protocol and still others do not follow any particular path, so it becomes really difficult to understand what happened."

Cord knots and cord loops around the baby's neck: can they cause stillbirth?

A common belief about stillbirth is that in many cases it is caused by a choking on the part of the umbilical cord if it is knotted or tightened around the baby's neck (the famous "turns of the cord").

"In reality the situation is more complex than that" explains Avagliano, using a suggestive metaphor. "Let's think about men with ties: in the vast majority of cases, having that noose around their neck does nothing wrong. But if the tie gets caught somewhere and the man cannot free himself, then he can be suffocated. ".

In other words: knots or bead turns can represent a risk factor, but generally they act in conjunction with other factors and in any case it should never be taken for granted that they are, alone, responsible for an event of stillbirth. "This can only be said after carrying out accurate analyzes and verifying that the knotting actually caused slowdowns or interruptions in blood flow. From the data available to us, referring to 286 deaths in utero in the last 20 years, For example, it emerges that in the face of 15 cases of knots or turns of the cord, only 8 had led to an actual interruption of the flow. In the other cases, the causes of death were other ".

What happens, however, is that often the knots or turns of the cord are taken as an 'alibi' for stillbirth, avoiding carrying out subsequent investigations that could clarify the real cause of the child's death: a very important information for the couple, if they want to face a new pregnancy.

Are there any conditions that increase a baby's risk of stillbirth? Yes I'm here. Of course, it doesn't mean that the mom with those conditions will definitely lose her baby, just that there is a greater chance of this happening than someone who doesn't. Conversely, stillbirth can strike even in the absence of risk factors.

Some of the risk factors for fetal loss have to do with any pre-existing illnesses of the mother, others with particular aspects of the lifestyle. Let's see them:

Read also: Aspirinetta in pregnancy: what it is for, when to take it, when to stop Read also: Mom at 40? Here's everything you NEED to know

What happens if the fetus dies

"I'm sorry ma'am, there is no heartbeat." For many mothers, for many couples, this is the phrase that announces that their baby is gone and marks the beginning of a painful path in mourning. But what happens from a medical point of view? How is that child to be born?

"If there is also a danger to the mother's life, a caesarean section is immediately intervened to safeguard her survival and health" explains Avagliano, underlining that however this happens in a minority of cases. Often, this danger is not there. "Then the mother can also go home for a few hours, if she prefers, and then go back to the hospital for the birth. If the clinical conditions allow it, the best thing to do would be to give birth vaginally (after induction), because compared to a caesarean this protects more the future reproductive health of women".

"Of course, it may seem absurdly nastiness to ask a woman who has lost her baby to also undergo the pain and fatigue of childbirth, but it must be explained to her that, if there are no other reasons for having a caesarean, this is the way. safer and more protective for her health Obviously, if the mother asks for it, everything will have to be done for relieve the physical pain of labor as much as possible, even with the epidural ".

And after the birth?

"According to international indications on the subject, the family that, after birth, has the possibility of be with the baby he is able to better realize what happened and to better elaborate the mourning. But be careful: it does not mean that this must be imposed on the family, on the mother, who may be afraid of the idea of ​​seeing her child dead at the start. But it is true that when you explain exactly what to expect (that the baby is still beautiful, warm, that you can decide to touch it or not, that you are not obliged to do anything anyway) many mothers and fathers decide to say hello and declare themselves then grateful to have been able to do it ".

Read also: How long to wait for a new pregnancy after stillbirth?

"Obviously - underlines Avagliano - those who have already known risk factors such as the presence of a chronic disease or the fact of having suffered a stillbirth in a previous pregnancy, will be addressed to specific assistance paths in specialized centers, which include more checks and, when possible, targeted therapies. Maybe to start before a pregnancy ".

But the prevention of pregnancy complications is something that should concern all women, and that should involve all of society (although this is not always the case).

There are not many fundamental indications to start a pregnancy in the best possible way:

E when there is pregnancy, there are two other small measures that can be put in place to reduce the risk of stillbirth:

Other sources for this article: Lancet series on stillbirth (2022); English guidelines on stillbirth; article Making stillbirths visible: a systematic review of globally reported causes of stillbirth, published in BJOG (Nov. 2022).

TAG:
Stillbirth: how to deal with perinatal bereavement ❯