Depression is not enough to lead to a filicide 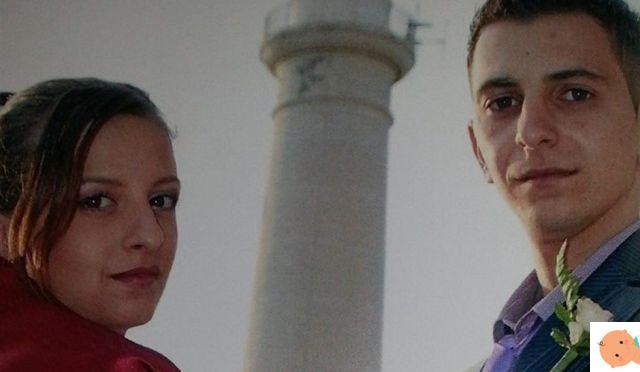 The story of little Loris has shaken all of us mothers. We mothers journalists, we mothers who comment on Facebook, we mothers who every day face the small and big difficulties that motherhood entails. That we try to do our best, that we never seem to do enough and that we often get exasperated with our children. But that we would never, ever be able to harm them. And yet, when the media threw this news in our face, we fear that a moment of anger, of madness, could happen to anyone and could take us who knows where.

But this is not the case, before reaching such extreme situations there are signs of heavy malaise that have lasted for years, months, days and that those close to us cannot fail to have grasped and that they have the responsibility to grasp. We asked to explain it to a psychologist and criminologist mother, Alessandra Bramante, PhD in neuroscience, who conducted research on the prevention of self and hetero damaging acts in mothers and on the subject she also wrote the book: "Fare e undo ... from love to destructiveness. The maternal filicide ”(Ed. Aracne, della città, 2005).

Why can a mother kill her son?

Because she is a woman who is very ill, in which a series of factors are added together for which that mother does not see any other way out in front of her. As in the case of Loris's mother: we do not yet know if it was her and we cannot come to easy and hasty conclusions, but what is emerging is a woman with a very troubled past, with two suicide attempts behind her, a father who was not her father and the real father who never wanted her, a difficult relationship with her mother, a husband who was never at home. And then her pregnancy came shortly after the second suicide attempt, therefore in a very delicate period of her life. A life full of trauma and a lot of loneliness.


So a 'simple' postpartum depression or a tantrum is not enough ...
Absolutely not. To reach certain extremes, there are always concomitant factors, all serious: women who in the past had suffered from psychiatric pathologies or who had family members with psychiatric pathologies, who had suffered childhood trauma, had witnessed violence or had suffered abuse. And, once again, loneliness. Which does not mean living alone, but feeling isolated even within a family context, because there was a lack of support and understanding.

Postpartum depression does not kill, this must be emphasized. When such episodes happen, mothers get scared, especially if it is a small child, and immediately think that postpartum depression may be involved. It is a serious pathology, of course, but if intercepted and treated in time, it is also resolved in a short time and a woman can take back her motherhood and begin to be happy again. Just as you do not reach certain extremes in a moment: if you go to investigate the events of filicide, you discover that for days, weeks or even months there were evident signs of a serious malaise, which worsen over time and of which it is difficult for those around the woman not to realize.

What are these signs of severe malaise?

A very powerful risk factor is insomnia, due not to the fact that the child wakes up during the night but to a state of agitation in the mother that does not make her sleep even for many days in a row. And then the mother assumes strange behaviors: many of the women who killed the children had real delusions or hallucinations, from the fear that someone had abused the child to the belief that the child had the devil in his body or that it was not a child her. And then the woman manifests obsessive thoughts, such as feeling inadequate, believing that she will never be able to be a good mom. At that point, she can reach extreme acts, such as killing herself and the child or just the child: acts that are seen as the only possible way out of a situation that has become unbearable. But, it must be reiterated, they are situations of serious malaise and there must always be an association of various risk factors.

Can certain events be prevented?

Yes, if those around the mother catch certain signs and ask for help. Because the woman is so sick of her not noticing. Many of the mothers I spoke to told me: "If they had given me that drug first, which made all bad thoughts disappear, now I would be here with my baby, which was the best thing I had".

But often those around you do not notice anything or, rather, do not want to notice it, because mental illness is frightening, it is thought that certain things only happen on television. It is true, these are exceptional cases, but the statistics tell us that in Del Paese there are about 15-20 maternal children a year, and in any case there are too many.

However, many mothers happen to feel bad after the birth of a child and feel 'not good' at being mothers. Because? It's normal?

There are still many myths to dispel about this aspect: starting with the one that when you have a child you must always be happy, as soon as it is born it must be love immediately, when you are breastfeeding you must always be joyful, when the baby cries at night. you can't even get angry.


We carry a child who only 50% has our genes and half is part of another person, whom we must learn to know and love when born. Delivery sometimes occurs after hours and hours of labor and as soon as they put it in our womb, it can happen that we don't even want to see it.

It may happen that breastfeeding is not all roses, that when the fissures come the instinct to throw the baby in the air would come. It may happen that, after a sleepless night, one wonders who made us have a child. There is everything, because love is a two-sided coin and there is also hatred. But it is a healthy hatred, which allows us to vent our anger of that moment but which would never lead us to transform certain thoughts into actions.

How important is the desire for perfection in making us feel inadequate?

It matters a lot. Most of the time what makes us sick is the thought of wanting to pursue the myth of the perfect mother, who must be immediately good, competent and maybe even competitive. We must be able to interpret every baby's cry and be able to calm him lovingly every time, we must be able to breastfeed well otherwise we feel like second-rate mothers, we must also take care of any other children with the same attention, avoid jealousy, follow them in their homework.

And we must immediately resume the old lifestyle, be treated as before; after a few months we have to go back to work, and then there is the house, the husband ... all on our shoulders, who we believe are so strong that we can support everything. We have to be good and we can't afford to give in. But aren't we demanding too much of ourselves?

And how important is loneliness?

Loneliness also matters a lot. In the past there was the family of origin and when a new child was born it was a bit like everyone's child. Today this 'buffer' has been lost and women find themselves extremely alone with a child to care for, because the parents are elderly or far away, if you are lucky enough to have a job you cannot afford to stay at home too long. long, the husband also has to work because the salaries of both are needed.

And we are ashamed to admit that we feel bad even with the few people who happen to be around us, because "you have a beautiful, good, healthy child, how is it possible that you are not happy?" Even in the playground, a mother will never tell you that she is sad, that she does not love her baby, that she is cursed the day she did, even if many think so. And then once again you feel alone.

What advice should you give to 'normal' mothers?

That of not expecting too much from ourselves and accepting the good days and the bad days, the moments when we are better and less good. Motherhood is a shocking event, pregnancy and childbirth lead to hormonal disruptions that can create imbalances and lead to feeling down. But it is normal for that to happen.

However, if you notice or those around you notice that the sense of malaise does not go away, that you are unable to rest well at night, if you neglect yourself during the day, you often cry and the sense of inadequacy towards the child continues over time. , it is always better to talk about it with an expert, who can be the family doctor or the counseling psychologist.

Most likely it will be a simple momentary disturbance, a temporary difficulty in adapting to the new role, but it is essential that a competent person tell us and who can possibly give us the indications to overcome a disturbance that can happen but which, dealt with in the right way, yes can overcome even in a short time.

TAG:
He does not drink my milk from the bottle ❯

The Happiness Diet: 11 Foods That Improve Mum and Dad's Mood

Embrace: a project to invite mothers to love their body

Postpartum pains: what they are like and how to deal with them