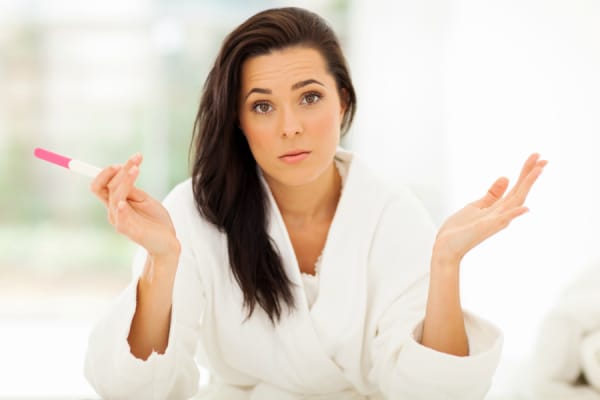 Some expectations seem unbearable. When you have a strong desire for a baby or, conversely, when you think this is not the right time for pregnancy, you would immediately want to know the truth. The network abounds with tips to carry out pregnancy test do it yourself, able to give a quick response to these questions. Home tests, to be carried out with tools available in the pantry and the result of a tradition that would see "evidence" capable of confirming or not a sweet expectation at its beginning. But how much can we trust? In the vast majority of cases, it is the sites themselves at declare the scientific non-validity of the proposed test. Yet these ancient "grandmother's remedies" are widely accepted by web users.

Also listen to our pregnancy test podcast. Pregnancy test, when to do it? Answers, gynecologist at the San Matteo Polyclinic and professor at the University of Pavia.

Read also: When to take a pregnancy test and how to calculate the expected date of delivery

Do-it-yourself pregnancy test, the most "popular"

It would work by expecting to be on the third, fourth day late. If a lumpy foam forms when pouring a tablespoon of salt into a container containing urine, then the test is positive.

Even simpler is the homemade pregnancy test with sugar. The procedure is similar to the previous one: a few drops of urine are poured into a container that contains a couple of tablespoons of sugar. The response is defined by the behavior of the latter: if it melts you are not pregnant while if more compact lumps are formed, then we are faced with a possible gestation.

Il pregnancy test with oil it works by examining the behavior of the drops. In the jar containing urine, a few drops of olive oil are added and it is observed if these tend to aggregate, or to keep their distance: in the first case there would be a baby on the way.

To find out the sex of the unborn child, you can use the baking soda pregnancy test: add a spoonful of sodium bicarbonate in a basin containing urine: the quantity of foam would determine whether it is male or female (in the first case the foam produced will be voluminous, in the second it will be scarce).

In similar mode, the DIY pregnancy test with bleach. If you intend to use this product, it should be remembered that the fumes inhaled during use can be dangerous and cause intoxication. Also in this case, the bleach will have to react in compound with the urine, the possible production of foam would indicate that the test is positive.


Read also: The first super-early pregnancy test arrives, to be done on blood at home

Do-it-yourself pregnancy tests are not reliable

How to take these "procedures"? "Nowadays we can consider these methods as prehistoric - he premieres Head of Obstetrics and Gynecology of the Humanitas San Pio X hospital in our city -. We are faced with unreliable practices that can create false expectations or false alarms. Scientifically, with these procedures nothing is found that can be analyzed with evidence. Indeed, the chemical reactions produced by these methods involve a risk of false negatives or false positives ".

Misuse of proven tools can also lead to confusion. "The tests on the market are reliable if carried out starting from a delay of at least one or two days. Doing them earlier could lead to results not confirmed by an ultrasound - he continues -. The same gynecological examination is able to ascertain pregnancy when there is a week of delay from the period because even a transvaginal echo done too early may not see the pregnancy begin and this, in particular, can cause concern in the expectant mother. "

“The laboratory test is more reliable than the pregnancy test: starting from the blood tests, i parameters of the Beta-hCG hormone - explains the doctor - Once again, it would be good to wait until the delay of the cycle is at least a week, even if two weeks after ovulation this test is already able to give a positive result. The reason why it is good to wait is qualitative. Not all women who have a delay, in fact, must necessarily take this exam ".

Generally, it is recommended in some specific cases:

"Otherwise, it happens that the patient goes to the gynecologist saying that she is pregnant following an examination that detects dosages of Beta-cHG, but carried out in these modalities is not a sufficient examination because it does not assess the location and evolution of the pregnancy. itself ".

Of the ancient methods, the only one that can be useful is listening the signals that the body sends. "The clinic remains the most effective element for a first reference to a presumed pregnancy - confirms the gynecologist -: breast tenderness, nausea and swelling are certainly more relevant than home methods". Finally, the transvaginal ultrasound probes guarantee a harmless, safe and repeatable examination, which at one week of menstrual delay is able to report the presence and size of the gestational chamber of the uterus, which in this phase measures between the 4 and 7 mm ".