DNA fragmentation test, what it is and when to do it 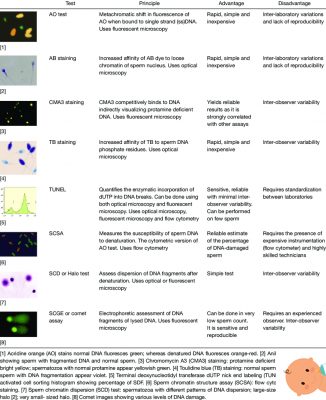 DNA fragmentation test, what it is and when to do it

When a couple has long been looking for a child, after a period of targeted relationships unsuccessfully, you pass the checks for her and for him. In fact, it often happens that there are no apparent problems, even after the first tests, and that it is necessary to investigate in depth to understand the origin of infertility. Among these tests is the DNA fragmentation testing. What is it about?

When infertility comes to man

While often the woman is the first to investigate why the failure to conceive, at a certain even the man is put are exam to understand what are the reasons infertility: according to estimates by the World Health Organization, in fact, about half of couples fail to conceive precisely because of man's infertility problems. The first exam he undergoes is obviously spermiogram. After the results, to understand what type of medically assisted procreation to undertake, we proceed with capacitance test. Another important test, however, is that of DNA fragmentation.

What is the DNA Fragmentation Test

DNA fragmentation testing we mean an analysis carried out on spermatozoa which aims to identify damage affecting the male genome, that is breaks single or double in DNA strand. It is therefore a question of finding the reasons why, in the face of acceptable parameters of the spermatozoa, conception is not achieved. And this, in fact, could depend on genetic abnormalities, because a sperm with fragmented DNA cannot fertilize.

When performing the fragmentation test

Il fragmentation test it is therefore particularly suitable in cases where it is spermiogram has not revealed any abnormalities in volume, motility and conformation, but there are still problems conceiving, or in the event that the conception develops abnormal embryos.

This test is also used in cases of repeated miscarriages and failures of MAP, but also if the woman was over 40 years old due to a reduced ability of her oocytes to repair any genetic errors of spermatozoa.

Read also: Male infertility, all the tests to be done for the diagnosis

How the DNA fragmentation test works

There are several methodologies to carry out the fragmentation test, which vary according to the laboratory to which it is addressed. The most used are: the Comet Assay, the TUNEL, the SCSA and the Halo Test. In any case, the goal is to identify breaks in the DNA strands spermatozoa.

Preparation for the fragmentation test

Prepare for fragmentation test it's pretty simple. As in most cases where semen is analyzed, it is best to practice abstinence for 3-5 days. The sample can be collected in the laboratory or at home, but in the latter case, in addition to using a sterile jar, it must be kept and delivered as soon as possible.

Why do spermatozoa fragment

The causes why a good percentage of spermatozoa fragments and prevents the fertilization they can be different. Some are external, such as exposure to environmental toxins or high temperatures, therapies such as chemo or radio, or the use of tobacco and drugs. Other causes can be found in defects in cell maturation, varicocele or inflammatory states.

Also read: Azoospermia is only one of the causes of male infertility

How to interpret the DNA fragmentation test results

The test identifies the percentage of spermatozoa that have a fragmentation, so the lower the percentage the more positive the result will be. Generally, a percentage below 15% of fragmented spermatozoa sul total ejaculate indicates excellent sperm DNA, while values ​​above 40% indicate severely reduced integrity.

If the results indicate a high percentage of fragmentation, it is necessary to trace the cause and try to solve it, after which the path of MAP with the greatest chance of success.

Il DNA fragmentation testing it is part of the tests man is subjected to to understand the causes of failure to conceive or repeated abortions. It is not invasive and can sometimes lead to understanding the cause of thegenetic anomaly spermatozoa.

TAG:
Pregnancy test: how and when to do it ❯

add a comment of DNA fragmentation test, what it is and when to do it