Does breastfeeding cause vision loss? 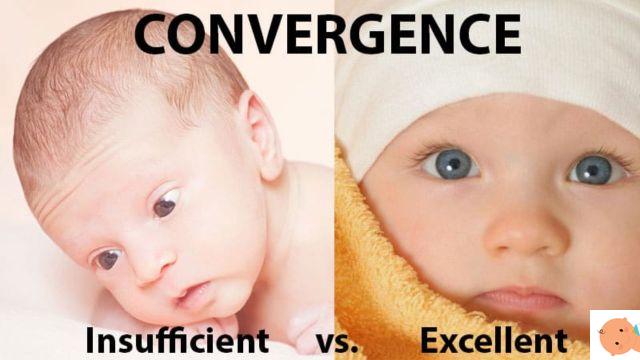 It is one of the most frequent doubts for new mothers: can breastfeeding cause you to lose sight? The answer of the experts is reassuring: if it is true that visual acuity can decrease during pregnancy and breastfeeding, it is generally a transitory phenomenon, destined to disappear when breastfeeding ends. There are, however, no long-term effects on vision caused by this activity.

How the eye changes during pregnancy

As a matter of fact: many women who are breastfeeding report seeing worse than before. An unpleasant sensation, which can lead to fear of not regaining the vision of the past, and which often discourages women from continuing to breastfeed.

During pregnancy and breastfeeding, the physiology of the eyes changes temporarily: "in fact, there may be changes in vision, such as a decrease in visual acuity, but they are absolutely physiological and temporary" underlines Paolo Nucci, Professor of Ophthalmology at the State University of our city and Director of the University Eye Clinic of the San Giuseppe Hospital.

"Already in pregnancy there are, for example, important changes in the elasticity and degree of hydration of tissues, including those that make up the eye. These changes cause the eye to change some of its properties, but in the long term everything it falls within the norm. Simply, if the mother is breastfeeding it takes a little longer for this to happen. "

Myopia does not get worse due to breastfeeding

Breastfeeding therefore does not represent any risk for the mother's sight, even if she is already short-sighted at the start. "There is no scientific evidence that pregnancy, childbirth and breastfeeding permanently aggravate a pre-existing myopia" says Nucci. After all, according to experts there are no physiological reasons why this should happen.

It is true, however, that after the period of breastfeeding some women may find that their myopia has actually worsened. How to explain it, if breastfeeding is not involved? "It is a question of timing" explains Riccardo Davanzo, head of the IRCSS Burlo Garofalo nursery in Trieste and president of the Technical Table on Breastfeeding of the Ministry of Health. "Myopia naturally tends to worsen over time and it can take up to two years between pregnancy and breastfeeding. After such a long period, vision may have worsened naturally, without any contribution from breastfeeding."

Loss of vision after pregnancy

Although in pregnancy we can witness a physiological decline in vision, in any case temporary, it is a completely Del Paeseno myth that breastfeeding your baby can worsen your sight.

"In other countries, particularly in the Nordic and Anglo-Saxon ones, the problem does not arise in the slightest" Davanzo comments. In other words, it is not a doubt that haunts mothers in other countries. "Even researchers don't ask themselves the problem precisely because they assume that it doesn't exist. And in fact, there are no scientific studies on the subject."

If in doubt, consult an ophthalmologist

Naturally, what has been said concerns physiological situations, that is, women who face pregnancy and childbirth without pre-existing vision problems. "If, on the other hand, there are already particular illnesses in progress, what we midwives recommend is to contact a specialist, who will be able to evaluate on a case-by-case basis what is best for the woman", explains Maria Vicario, of the central committee of the National Federation of colleges of midwives.

26 things to know about breast and bottle feeding

Breastfeeding or cow's milk: the most substantial at 12 months?

add a comment of Does breastfeeding cause vision loss?