Does your child not eat? Find out which category it belongs to 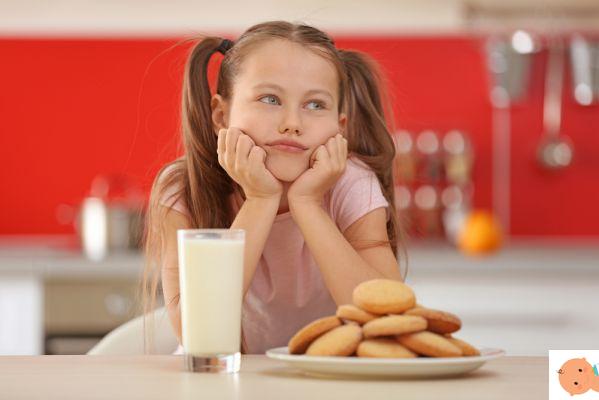 Scenes of parents chasing the child who does not want to eat with a fork in hand are very common. But not all 'picky' children at the table are the same. According to research from the University of Illinois (USA) and published in Scientific American magazine There are four different types of children for whom eating is stressful.

The research was conducted on 170 children between the ages of two and four, who ate standard meals for two weeks while their parents took notes on their behavior. Here are the four types of children who do not eat.

children who refuse food for its smell or texture.

who refuse to eat new or unusually mixed foods.

who, for example, do not eat what has been tasted by others.

that is, who refuse to sit at the table, or have impossible demands.

"At the moment there are no targeted strategies for each type, but old methods can be fine, such as serving the child's favorite foods, but also inserting some new or previously rejected food. The important thing is to be patient, sometimes more than 10 are needed. attempts to introduce a new food and parents often don't have the patience to try so many times, "says Soo-Yeun Lee, one of the authors of the study.

10 strategies to introduce children to fruit and vegetables

Parents can positively influence their children's diet (and bring them closer to fruits and vegetables) by doing all or some of these activities: lead by example, encourage them without ...

Children with these eating disorders are termed Nofed

These difficult children at the table are defined as Nofed, acronym for Non-Organic Feeding Disorders, they are children who have difficulty in having a regular diet, to the point of manifesting an aversion to food.

According to a study by Claudio della cittàno, pediatrician at the University of Messina, presented at the last congress of the Paesena Society of Pediatrics, 25% of children under six years are nofed. But in most cases there is no need to worry and growing up this problem is overcome by itself. Read also: Children who have problems with food: the PRACTICAL advice of the psychologist from 0 to 16 years

What are the causes of these eating disorders?

The causes may be different, underline the authors of the US study. "Some research indicates that some children are genetically more sensitive to

bitter flavors, and therefore it may be more difficult to get used to some types of vegetables.

In other cases, however, the child may simply be unnerved by the fact of having to stop playing to eat, and want to express their independence by refusing food "explains Sharon Donovan, the principal author of the study. Read also: 10 tips if the child does not He wants to eat

According to the city, these ailments can be prevented by offering 'strong taste' foods such as vegetables, tomatoes and citrus fruits before nine months. "From the tenth month onwards, an unlimited adult diet can be offered, while respecting the tastes of the child. A weaning that is too slow and with a late introduction of strong tastes can favor the establishment of a "neophobic type of eating behavior," in which new foods are rejected. Read the new rules of 'I wean myself'

TAG:
Does your child reject you? Here are 8 possible reasons ❯

add a comment of Does your child not eat? Find out which category it belongs to