Down syndrome: the testimonies of mothers 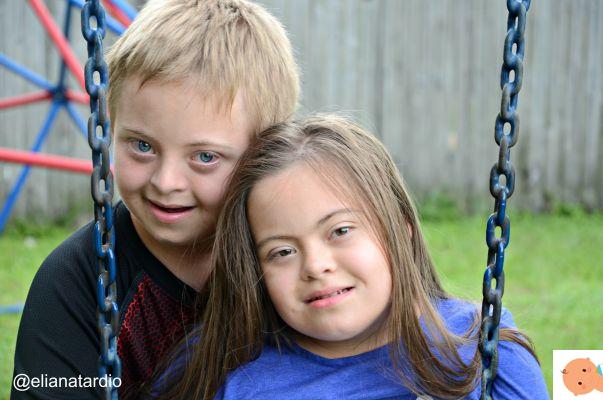 Down syndrome, the testimonies of mothers and fathers on mammenellarete and on mymodernparents.com

A positive pregnancy test. Nine months of expectation and then the birth. And finally, the diagnosis: the child has the Down syndrome. And sometimes the discovery happens earlier, during pregnancy. This is what happened to some mothers and some fathers who have decided to tell us their stories. Here they are collected for you.


READ ALSO: March 21, World Day of People with Down Syndrome

Down syndrome, your best stories

Everything that (future) mothers don't know

Expectant mothers still not adequately informed about various aspects of health in pregnancy and childbirth. This is what emerges from the "Demetra tells" survey conducted by Astra Ricerche on ...

The podcast: my brother chases dinosaurs

What does it mean for a baby to know that the baby brother who is about to be born is going to be a little bit special? Will he really be a superhero?

Giacomo Mazzariol's experience is told in this book and film "My brother chases dinosaurs".

The interview with the author in podcast version.

TAG:
Grisel syndrome: what it is and how it is treated ❯

add a comment of Down syndrome: the testimonies of mothers