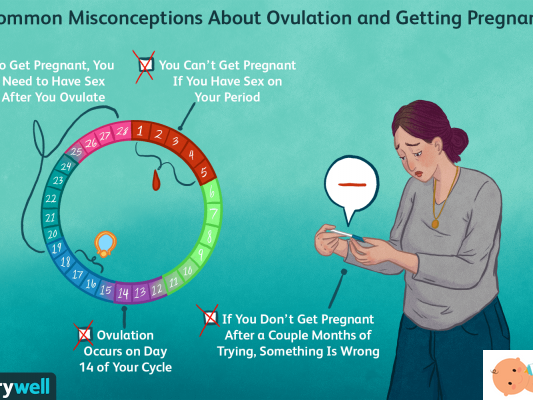 The average duration of the menstrual cycle is 28 days and in this case ovulation occurs in the middle of the cycle, ie around the 14th day. However, it is difficult for a woman to be so punctual every month and even those who have always had a regular cycle could experience changes, especially after a certain age.

Why is ovulation early?

As we approach menopause, in fact, cycles tend to get shorter and it often happens that ovulation occurs immediately after the end of menstruation, around the 8th -10th day. "In addition to the period of premenopause, a shortening of the cycle and therefore an anticipation of ovulation can also occur in times of stress", highlights Rossana, a gynecologist at the University of Genoa. "This is because stress leads to an increased production of natural opioids that inhibit the production of gonadotropins, which can 'get' the cycle." And get it there early.

Early ovulation: how to get pregnant

If you want to know for sure when ovulation occurs, ovulation tests are very reliable, which detect the presence in the urine of the hormone LH, which has its production peak 24-36 hours before ovulation.

Otherwise, you can rely on natural methods, such as monitoring cervical mucus changes with the Billings method or relying on the basal temperature method.


Could it be interesting for you:


TAG:
Ovulation: what it is ❯