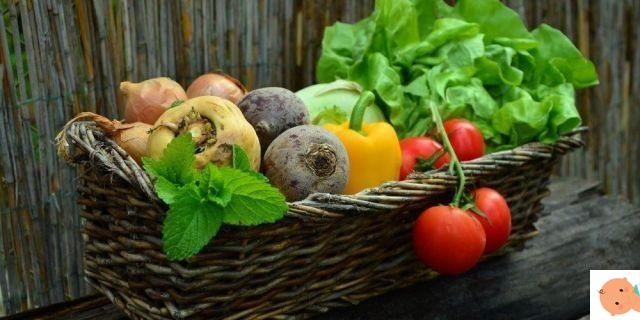 Let's face it: feeding properly today has become very difficult. Chicken? He's bombarded with antibiotics. Red meat? Predisposes to cancer. The milk? It is no longer what it used to be because cows no longer graze. Fruits and vegetables? They are tainted with pesticides. Pasta and bread? Not at all: the wheat comes from Canada! Hence the boom in eating organic food has exploded in recent years. Which, however, is not free from doubts and criticisms.

Organic food: a question of health or fashion?

For some it is a health choice, for others “organic is very cool”. For everyone, organic farming is considered the healthiest one by definition and there will probably be many of you who prefer it for yourself and your family, including little ones. This is because there is a greater focus on crops or animal husbandry. At least on paper. Because it must be said that there are many scientific studies that do not confirm that eating organic food is really that healthy, or at least that it makes you feel better than "normal" products.

For example, some meta-analyzes - made on the hundreds of existing researches in this field - by the Food Standard Agency and the French Food Safety Agency conclude that, from the point of view of nutritional inputs, between organic and conventional food there are no great differences.

Organic food and the use of pesticides

Let's dispel another myth. It is not true that organic vegetables do not contain chemical crap, even if we all think that there shouldn't be even microscopic traces. Obviously these are not the same pesticides traditionally used in crops, but they are present.


“In the organic sector, pesticides are allowed - confirms, founder of the group 'Healthy eating and drinking' and nutrition expert -. They are not those of the normal market, they are less aggressive, but they are there. If I add something to the plants from the outside, I damage the subsoil. Plants can be protected from mother yeast. Natural remedies should be sought, not pesticides. And the whole organic commission should be redone on this ".

How to recognize organic food

According to Giunta, in large-scale distribution, it is very difficult to find 100 percent organic food. An example is that of biscuits. Even if they are certified as organic, you have to pay attention to the label and read the ingredients carefully. “If there is 00 flour they cannot be considered organic - he explains - because this flour, also used for white bread, is chemically bleached, just like when bleach is used to whiten clothes. Such a product shouldn't be there, like dyes and additives. Everything that is treated is not organic ".

Yet, almost everywhere, supermarkets and shops selling organic food are always besieged, despite the fact that the prices of the products are higher than traditional ones. And here is the reason why. “The farmer who grows organic has to buy the pesticide that the commission imposes and therefore the prices soar. It is the small companies that guarantee me genuine products, but often they do not make it economically and have to give up on organic products ".

Here is an example. “The real organic fruit - he suggests - has different dimensions, the products are not all the same, the apples are all different, pitted and with more colors. The fennel are small, the lettuce is brownish and dirty with earth ".

And therefore everything returns mostly to large-scale distribution with many supermarkets selling organic food. But here too we need to keep our eyes open. “In these supermarkets - says Giunta - you can often find tomatoes and courgettes in December. What does it mean? They can't be biological. Eating well means respecting the seasonality of the products. And there is another aspect. Among the beans you can find those 'made in China', which is one of the most polluted countries in the world. The system needs to be redone. As Carlo Petrini, founder of Slow Food, says, something good that comes from the earth must be certified as organic ”.


So what is the solution? The ideal would be to find the dear old farmer who still sells his products grown in the old fashioned way, but clearly it is not easy, especially if he lives in big cities. So better be very careful in your choices. Message received?

Eating is a good game ❯

add a comment of Eating organic food: a slalom between truths, fashions and false myths