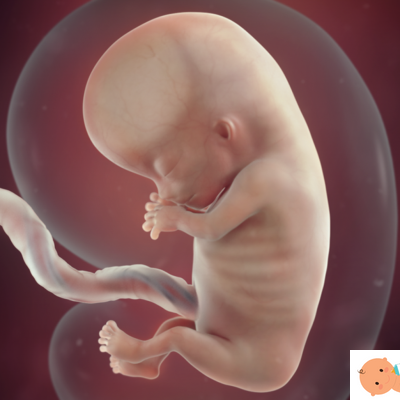 The little one continues to grow and the mother becomes more radiant. With the scientific advice of the gynecologist Elisabetta Canitano, president of the non-profit association Vita di donna, let's see what happens to the woman's body and that of the child during the eleventh week of pregnancy.

Eleventh week of pregnancy: how many months do they correspond to?

You have already entered the third month of pregnancy for a while, which goes from 8 weeks + 6 days to 13 weeks + 1 day.

At this point thesense of smell has become much finer and more sensitive before. The phenomenon is definite iperosmia gravidica. Smells are perceived more clearly, even when they are slight or distant and it is possible that some aroma, previously very welcome, suddenly becomes unbearable: it often happens with that of coffee. However, the opposite can also happen: certain scents previously considered unpleasant can be more than tolerable (just as it can happen for food preferences). The hypothesis is that hyperosmia is a natural fit to allow the mother to recognize her newborn even by smell.

Normally around this time the future mothers then appear more radiant, because progesterone - the hormone secreted by the corpus luteum and placenta - makes the face shiny, however pain and discomfort do not completely disappear and it is not unusual to suffer from:

Thanks to the action of estrogen, often migraine sufferers also have benefits and suffer less from it in the nine months. However, it can happen especially in the first and second trimester to have a headache. How to behave? Can drugs be taken?

First of all, let's see the natural remedies, since in pregnancy it would be better not to overdo it with drugs. Among the tips:

Among the drugs, however, the safest in pregnancy is the paracetamol. Again, always consult your doctor first.

Although it is common to anticipate the times, the best time for the first ultrasound remains that around 11-12 weeks, when you can make one anatomical evaluation of the fetus already quite accurate. According to the UK Royal College of Obstetricians and Gynaecologists, if there are no particular risk situations, the first ultrasound should be postponed to at least 10 weeks of pregnancy.

La villocentesis o chorionic villus sampling is an invasive procedure of prenatal diagnosis which allows to take fragments of the so-called chorionic tissue, from which the placenta will then develop. It can be used to identify:

Chorionic villus sampling can be done starting from the XNUMXth week of pregnancy completed on. Typically, it happens between 11 and 13-14 weeks.

Contrary to what was once believed, in pregnancy you shouldn't "eat for two" at all, but you certainly need to pay particular attention attention to the quality of one's diet. This is because the growing fetus needs the right balance of nutrients.
According to the Guidelines for healthy and proper nutrition of the Research Center for Food and Nutrition (in line with the indications of the main international health organizations), during pregnancy it is recommended a balanced and varied diet, Mediterranean-style, which must include:

Folic acid should be taken in adequate quantities even before conception (at least 2/3 months before), because in this case the preventive action against some anomalies of fetal development (in particular spina bifida and neural tube defects) is maximum. However, the general recommendation is to continue with folic acid supplementation throughout the first trimester of pregnancy, at least until the end of the 13 weeks (unless otherwise indicated by the doctor). The recommended dose is typically of 0,4 mg (400 micrograms) per day.

Read also: Threats of abortion: the testimonies of mothers with a happy ending

The little head still represents half of its entire length, the neck is outlined more and more and the internal organs they are almost completely formed. Moreover external genitalia begin to stand out, the Dita they appear more and more separated and les begin to form irises Of the eyes. The baby moves all the time but his movements they are not yet perceptible from the mother: they can still be seen very well during an ultrasound scan. It is now about 4-6 centimeters long and about the size of a fig.

How to manage work and motherhood?

Pregnancy is not a disease and, in general, everything can be done as before. It is true, however, that there can be some precautions to take. For example, as regards work, if you carry out a profession that exposes you to risks (because you come into contact with toxic substances, or because it is very demanding from a physical point of view) it is a must for the employer relocate the expectant mother, assigning her non-dangerous tasks. If the move to another job is impossible, the employer himself is obliged to request early abstention from work. For more information on the rights of working mothers, you can contact Inail, the National Insurance Institute against accidents at work.

What happens to the fetus during the XNUMXth week of pregnancy?

The internal organs are formed, the individual fingers begin to be distinguished, the iris of the eye is formed and the external genitals can be glimpsed.

At the eleventh week of pregnancy, do you feel the baby move in the belly?

The baby begins to move, but it is still early for the mother to feel it